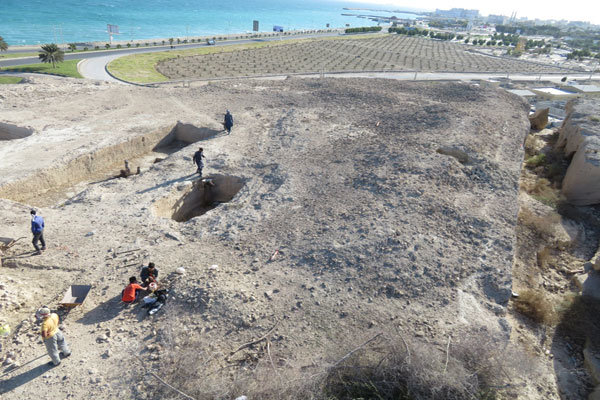 An Iranian official says the country is prepared to help the Baghdad government preserve a number of historic sites in Iraq that used to be part of the Iranian territory before the 1975 border demarcation.

Abdolmalek Shanbehzadeh, the Director General of the Cultural Heritage, Handicrafts and Tourism Department of Ilam in western Iran, has underlined that the department is ready to offer technical services to Iraq for preserving and restoring some Iranian ancient sites like Solomon Hill, Baksayeh Hill and Chaharriz which used to located in Iran but became parts of the Iraqi territory following the 1975 Algiers Agreement.

He went on to say the three historic sites had been registered at the list of Iran’s national heritage sites more than eight decades ago.

The fate of the historic sites is now unclear, he noted, adding that the Cultural Heritage, Handicrafts and Tourism Department of Ilam has already started correspondence with the Iraqi side to establish cooperation to preserve the sites.

“During a technical meeting which is expected to be held between Iranian and Iraqi delegations in Iran, the two sides will discuss ways to start their cooperation in preserving the sites,” he noted.

Shanbehzadeh also added in addition to the mentioned sites, there are three other ancient sites in Iraq which have been registered as an Iranian national heritage.

“Shirvan Hill, Lalar Hill and the historic city of Simreh are the three Iranian national heritage which are located on the Iraqi side after the demarcation agreement between Iran and Iraq,” he said.