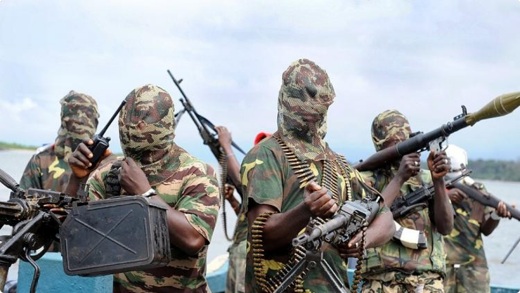 An Iranian deputy foreign minister says the Islamic Republic is ready to cooperate with the African countries in the fight against Boko Haram militant group.

The Iranian official made the remarks during a press conference on the sidelines of the 24th Summit of the African Union (AU) in the Ethiopian capital, Addis Ababa, ISNA reported.

Amir-Abdollahian condemned terrorist attacks by Boko Haram militants in Nigeria and said Iran, which has already shouldered heavy responsibilities in the fight against terrorist groups in the Middle East, is ready to cooperate with the AU against terrorism.

On Friday, the African Union called for a regional five-nation force of 7,500 troops to fight Nigeria-based Boko Haram militants.

Boko Haram, whose name means “Western education is forbidden,” controls large parts of northeastern Nigeria. Cameroon, Chad, Niger and Nigeria are the four African countries which have been directly affected by the growing threat of Boko Haram.

More than 13,000 people have been killed and over a million made homeless as a result of Boko Haram violence since 2009.

ISIL militants control some parts of Iraq, including the northern city of Mosul, as well as areas of neighboring Syria.

The terrorist group has committed gross human rights violations and violence against many groups in Iraq including Christians, Izadi Kurds, Sunnis and Shias.