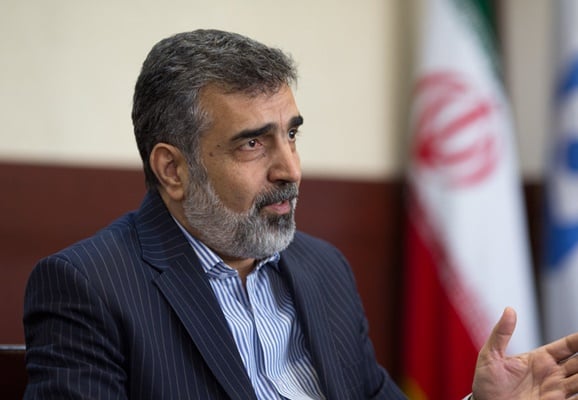 Tehran has prepared itself for the worst case scenario following the US withdrawal from the Iran nuclear deal, said the Spokesman for the Atomic Energy Organization of Iran (AEOI).

Behrouz Kamalvandi on Saturday highlighted the AEOI’s measures to cope with the US violation of the multi-national nuclear deal, and said, “Since the early days of the nuclear deal, we sought to preserve our nuclear achievements as well as the infrastructures to resume our nuclear programs in case of need.”

“In another word, we had prepared ourselves for the worst case scenario,” a report by ISNA quoted him as saying.

AEOI spokesman also said Iran can resume its nuclear program any time without any technical problems.

Elsewhere in his remarks, Kamalvani described the US decision to pull out of the JCPOA as a stark violation of the international law and said the International Atomic Energy Agency as the official international body assigned with verifying the member states’ commitments has confirmed in at least eleven reports that Iran remained fully committed to its pledges under the JCPOA.

“I think the US is seeking to cover up its failures because it is not in a position to interfere in issues which is not within its authority. Fortunately, the IAEA has professionally and independently confirmed Iran’s commitment to the JCPOA,” he said.

In response to a question on Iran’s decision about the future of the JCPOA, Kamalvandi said Iran’s response to the question is simple. “If the JCPOA is dead with new sanctions by the US and the European states, we don’t see any justification to remain in the deal.”

On Iran’s decision about the nuclear Non-Proliferation Treaty in case of the JCPOA collapse, he said Iran has been a signatory to the NPT since 1974 and will remain in the treaty as long as finds it beneficial.

“But if the JCPOA collapses, we will revise our basic nuclear commitments. The final decision on this issue will be made by the top leadership of Iran in due time.”

Kamalvandi further urged the European states to stick to their words on the dire need for preserving the nuclear deal in the wake of the US withdrawal.

He referred to the Europeans’ willing to preserve the nuclear deal and said the European commission has unanimously decided to adopt some appropriate measures including protection of European states against the consequences of the US sanctions and its support for small and medium size business firms.

“But the main issue is that they should translate these measures into reality as soon as possible. The Europe has strongly called for preserving the JCPOA as a historic deal because it is beneficial not only for Europe and Iran but the whole world.”

He then referred to the guarantees given by the Europeans to Iran to remain in the JCPOA and said their guarantees, regardless of their nature, will have no impact on the original text of the JCPOA.

“The Europeans should ensure us that there would be no further sanctions on Iran’s economy. Meanwhile, they should adopt some practical measures to make up for the possible financial damages to be inflicted on Iran due to the US sanctions.”

He said to preserve Iran’s banking ties with the outside world as well as investments in Iran’s energy area the Europeans should develop special mechanisms.

Kamalvandi urged the Europeans to take practical steps to realize their commitments.

The AEOI spokesman described Iran-EU relations as positive and called for expansion of mutual ties between the two sides.

Elsewhere in his remarks, Kamalvandi said the US pullout has tarnished the country’s image in the world and added there is no guarantee that the US fulfils its commitments under other deals which it has signed with other nations.

On other uses of nuclear energy, he said Iran has made new achievements in the nuclear area over the past years.

“We will continue our studies for further nuclear development to design and produce new generations of centrifuges. Fortunately, we have managed to produce IR8, IR4 and IR6 centrifuges over the past years. Meanwhile, we have made long strides in medical, agricultural and industrial areas over the past two and a half years.”