Iran Front Page
Home Politics Foreign Policy Iran Ready for Talks with US One Hour after Lifting of Sanctions:... 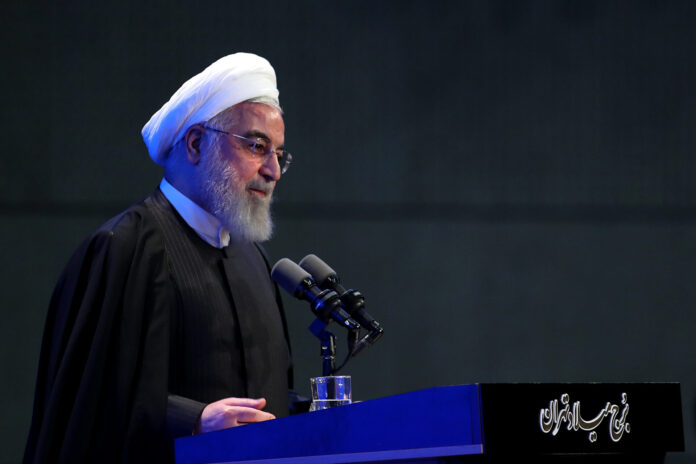 Iranian President Hassan Rouhani says the country is ready to sit for talks with the United States shortly after Washington removes the unlawful anti-Iran sanctions.

“If America lifts the sanctions, we are ready to talk and negotiate, even at the level of heads of the 5+1 countries (major powers),” Rouhani said in a Wednesday gathering.

He said Tehran hasn’t closed the window on talks with the US but reiterated his government’s standing condition that the Trump administration lift sanctions imposed on Iran before any negotiations can take place.

“We wanted to break this plot and conspiracy, and tell the world we have no problem for talks and connection, but we want the US president to remove all the sanctions first, and then we’ll meet one hour later,” he stressed.

“Whenever the US is ready to set aside its wrong, unlawful, cruel, and terrorist sanctions, the leaders of Iran and P5+1 can immediately meet, and we have no problem in this regard,” he added.

There’s no barrier from the Iranian side for meeting with the heads of 5+1 nations, Rouhani said.

He said Iran has no other option but to defy those who imposed sanctions on Tehran, “but we have not closed the window on talks.”

“We are under sanctions, and that’s not our fault. The Zionists and the regional reactionary are the ones who provoked [US to impose] these sanctions. This situation is a [result of] cruel act by the White House.”

“Today we have no way but to resist and stand up to the imposers of the sanctions. But at the same time, we have not closed the door to negotiation. If they are ready to set aside the sanctions, we’d be prepared to talk and negotiate, even at the level of P5+1 leaders. We have already announced it clearly,” he noted.