Iran Ready for ‘Denuclearization’ If US Bans Lifted: Zarif 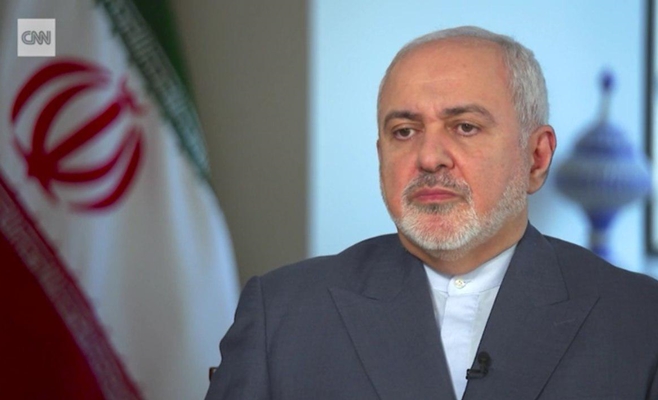 Iranian Foreign Minister Mohammad Javad Zarif says the country is prepared to sign an additional protocol, allowing for more intrusive inspections of the country's nuclear facilities if all sanctions are lifted.

In return, US President Donald Trump would need to lift sanctions on Iran, and have the step ratified by Congress, said Zarif.

“We are prepared, if President Trump is serious about permanent for permanent. Permanent — Iran was never a nuclear weapons state, but permanent denuclearization as they like to hear it,” said Zarif.

Taking steps to tighten controls on Iran’s uranium enrichment program would need to happen “in return for what (Trump) has said he’s prepared to do and that is to go to Congress and have this ratified, which would mean Congress lifting the sanctions.”

Zarif also would not rule out the possibility of a meeting between Trump and Iranian President Hassan Rouhani on the sidelines of the United Nations General Assembly this week.

Asked if the two Presidents would meet, Zarif said, “Provided that President Trump is ready to do what’s necessary.”

During his address at the UN General Assembly, Rouhani is expected to elaborate on plans for “de-escalation” in the region.

“We believe we need to start working together for peace, for confidence-building, for de-escalation, for exchanges, and even for a non-aggression pact,” said Zarif.

“The olive branch has always been on the table, but we are showing it again,” he added.

Zarif said Iran hoped to avoid conflict, adding that the country was willing to talk to its regional rivals Saudi Arabia and the United Arab Emirates.

But Iran would not hold talks with the US unless Washington provided full relief from sanctions as promised under the 2015 nuclear deal, Tehran’s top diplomat said.

He again denied that Iran was involved in attacks this month on Saudi Arabia’s oil facilities, which dramatically ratcheted up tensions in the region.

Had Iran attacked the Saudi oil facilities, he said, there would have been nothing left for the Saudis to rebuild or repair.