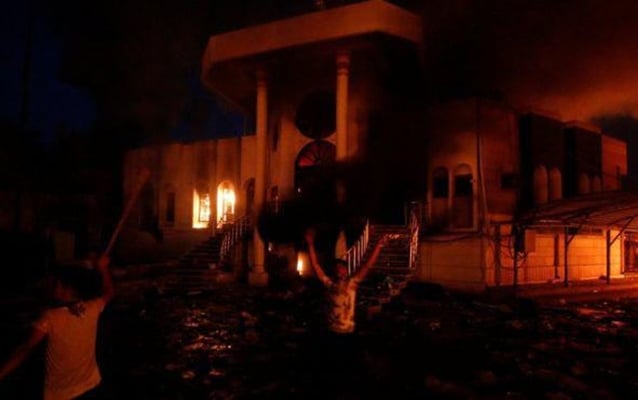 Iranian Foreign Ministry Spokesman Bahram Qassemi has strongly denounced a brutal attack on the country’s consulate in the city of Basra in southern Iraq, saying that the Iraqi envoy to Tehran has been summoned to receive Tehran’s strong protest.

In a statement on Friday, Qassemi regretfully confirmed the attack on the consulate, saying the attackers have caused serious financial damage to the building by setting it on fire in their brutal raid.

Fortunately, none of the staff members of the Iranian consulate had been harmed thanks to pre-emptive measures taken by the diplomatic mission after it received threats a day earlier, he noted.

He referred to the attack as a violation of protocols and said the government of Iraq has a crucial responsibility to protect diplomatic sites.

The Iranian spokesman warned about overt and covert efforts to undermine the friendly ties between the Iraqi and Iranian nations and governments, and urged Baghdad to immediately identify, arrest, and punish the culprits behind the serious crime.

Iran had earlier informed and warned the Iraqi officials about the possibility of such an attack, Qassemi said, adding that the Arab government is thus held responsible for any negligence in ensuring the security of the consulate.

He also noted that Tehran expects the Iraqi government to speed up its efforts to catch and severely punish the perpetrators.

Later on Friday Qassemi announced the Iraqi ambassador to Tehran has been summoned to the Ministry of Foreign Affairs to receive the Islamic Republic’s note of protest over the arson attack.

“The Iraqi ambassador was summoned to the Foreign Ministry on Friday night and received Tehran’s strong note of protest to the Iraqi government over security forces’ negligence in protecting the building of our country’s consulate general,” he noted.

“In the meeting, the director general in charge of Persian Gulf affairs at the [Iranian] Foreign Ministry expressed surprise over the inaction of the Basra police,” said Qassemi.

“Despite provocations over the past few days by suspicious elements against the Islamic Republic of Iran’s Consulate General, the Iraqi government failed to fulfill the assurances it had given through diplomatic channels,” Qassemi quoted the director general as saying.

In the meeting, the top Iraqi diplomat was asked to convey Iran’s strong protest to his government and demand Baghdad take action to identify, arrest, and bring perpetrators to justice immediately.

The attack on the Iranian consulate came as eleven people have been killed so far in Basra during the violent protests against corruption and lack of basic services over the past five days.