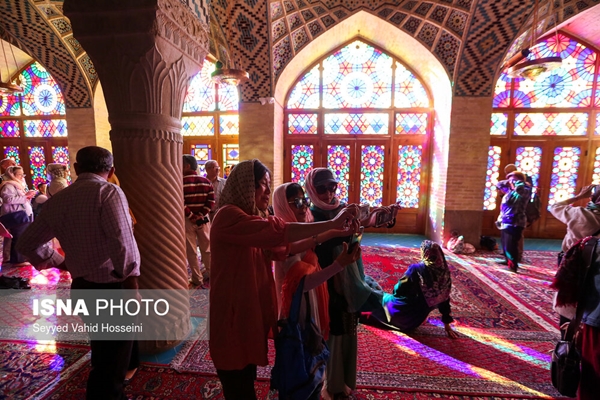 Despite the US pressures and sanctions, Iran ranks second in the world when it comes to growth in the tourism sector, the latest data shows.

Figures by the United Nations World Tourism Organization (UNWTO) show the number of tourists visiting Iran in 2018 stood at 7,295,000 in 2018, registering a 49.9-percent rise year on year.

Only 4,867,000 visitors had visited Iran in 2017, the Iranian Cultural Heritage, Handicrafts and Tourism Organization quoted the WTO as saying.

The nearly 50-percent rise in the number of international visitors coming to Iran is registered as a negative growth of 1.5 percent had been reported in 2017 over the previous year.

The WTO has offered no figures on revenues generated by international tourism in Iran in 2018, but puts the figure at $4.402 billion for 2017.

Reports suggest Iran’s income in the tourism sector hovered around $2.438 billion in 2010.

Ecuador stood in the first place with a 51-percent growth. Located in Latin America, Ecuador managed to increase the number of tourists visiting the country from 1.6 million in 2017 to 2.6 million in 2018.

Iran, which ranks second, was followed by Egypt with a 36-percent growth, Uganda with 31.9 percent, Slovenia with 23 percent, Palestine with 20.5 percent, Vietnam with 19.9 percent, Georgia with 16.9 percent, South Korea with 15.1 percent and Qatar with 19.4 percent respectively in terms of the number of foreign tourists.