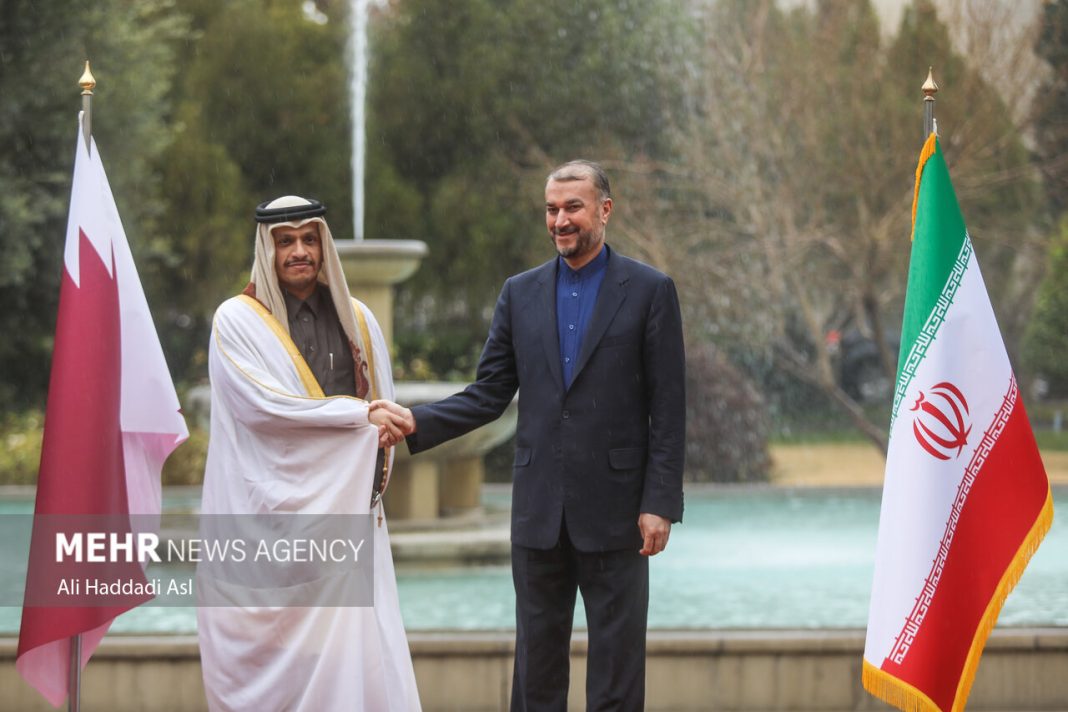 The two officials also discussed the latest regional and international developments as well as the latest developments in negotiations to revive the 2015 Iran nuclear deal, known as the Joint Comprehensive Plan of Action (JCPOA).

No further details of the telephone conversation have been reported.

During the meeting, Bagheri Kani described the friendship and fraternity between the two countries as a valuable asset for all-out improvement of ties between Tehran and Doha and underlined the resolve of the Islamic Republic of Iran to strengthen bilateral relations.

The Qatari foreign minister, for his part, talked about the reciprocal visits by the Iranian president and the Qatari Emir and described the implementation of agreements reached during these visits as a show of the serious will of the leaders of both countries to expand relations across all spheres.

Bagheri Kani underlined that Iran supports the constructive role of Qatar in regional and international arenas and described the hosting by the Qatari government of the current round of negotiations for removing of the sanctions as a show of the country’s goodwill in promoting dialog and interaction.