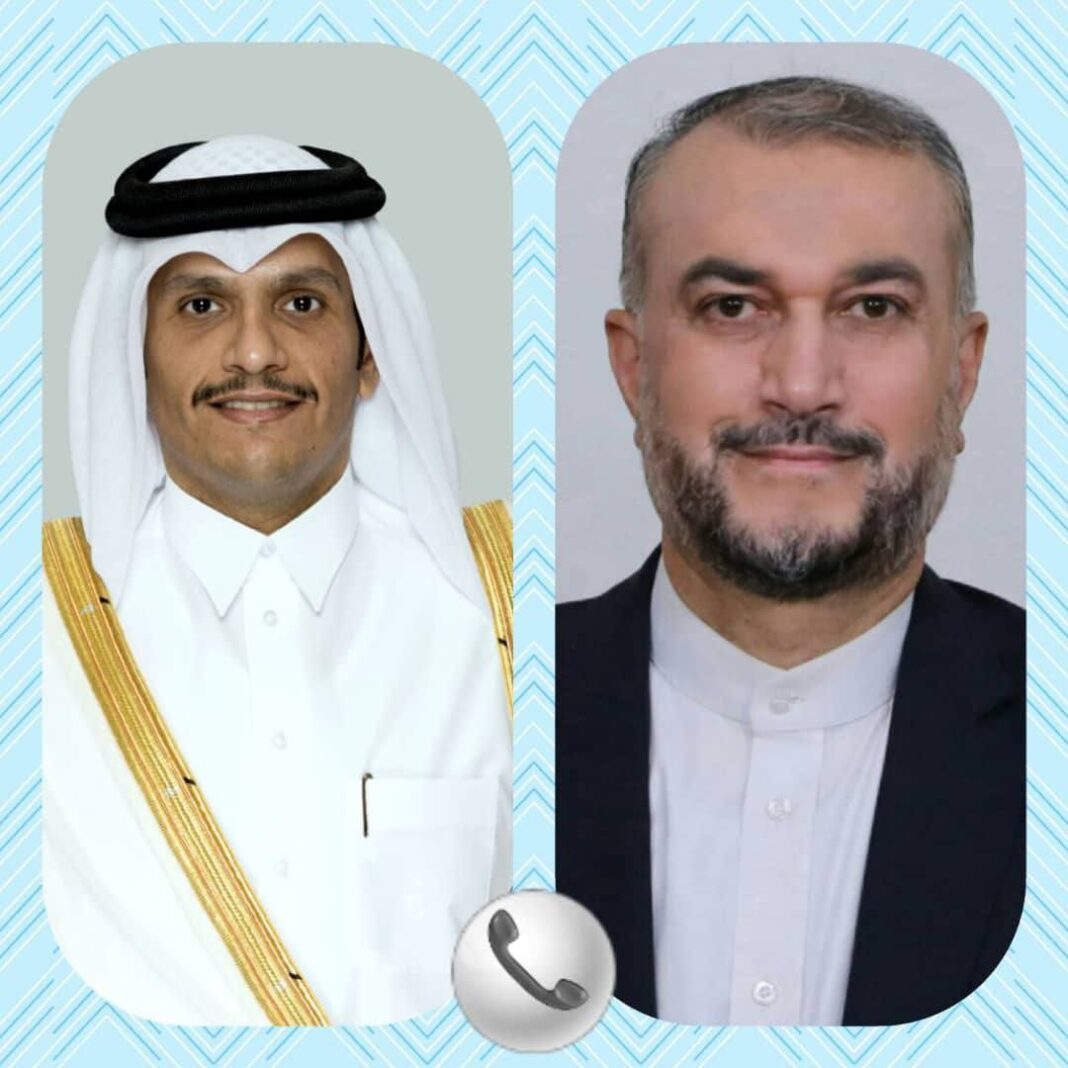 The top diplomats of Iran and Qatar have exchanged views on ways to broaden bilateral relations, among other issues of bilateral and regional interest.

During the talks, the two sides explored ways to further expand bilateral relations in different spheres, including politics, economy and culture.

The two ministers also discussed the latest developments unfolding in the region and emphasized the necessity of promoting diplomacy and dialog to resolve issues.

Hossein Amir-Abdollahian and  Mohammed bin Abdulrahman Al Thani also underlined the need for continued consultations to help establish and safeguard peace and stability on both regional and international fronts.