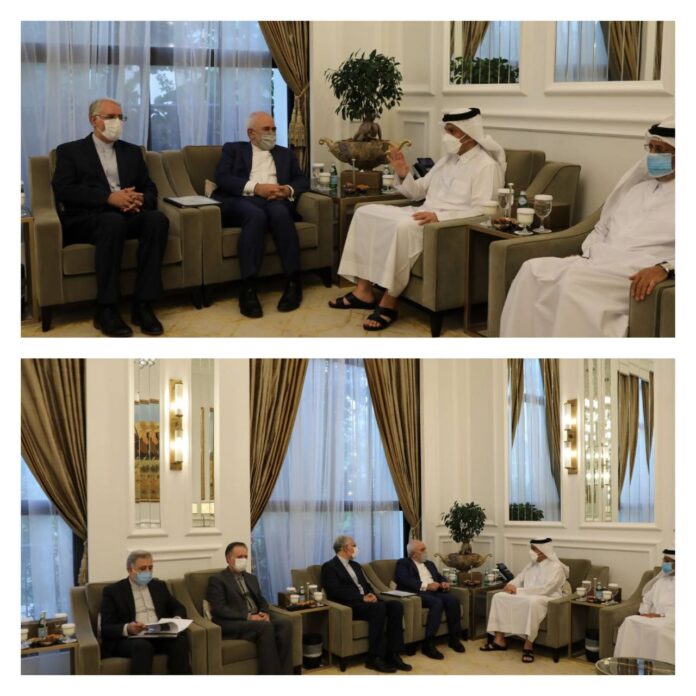 In the Sunday meeting, the Iranian foreign minister highlighted the importance of Tehran-Doha relations as well as bilateral and regional cooperation.

Zarif, who is in Doha at the head of a delegation, also underscored the need to further diversify the areas of cooperation, especially in trade, economic and investment domains.

He noted the two countries enjoy great potential and capacities for the enhancement of bilateral collaboration.

Zarif said Iran’s approach is to further boost its relations with the regional countries.

The Iranian foreign minister also welcomed regional dialogue to help establish stability in the region, describing it as an absolute necessity.

The Qatari foreign minister, in turn, touched upon a meeting of the Iran-Qatar Joint Commission held in the central Iranian city of Isfahan, saying another meeting should be held in Doha to further cement mutual trade and economic ties.