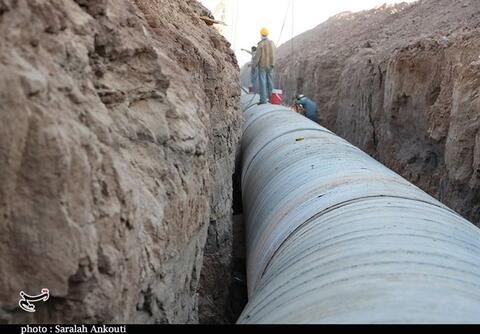 Iran has inaugurated a project to transfer water from the Persian Gulf to desert areas on the country’s central plateau, supply the arid areas with desalinated water.

The first phase of the project along with three relevant projects came on line in a ceremony attended by President Hassan Rouhani.

Phase one of the project saw part of a desalination site become operational.

The other associated projects which came on stream included those supplying the required power and electricity as well as pumping stations needed to transfer water.

The projects come with a price tag of more than Rls. 160 billion, employing around 16 thousand people during the time they were under construction and 1,200 staff members after they become operational.

The major water desalination and transfer project was implemented by drawing on both domestic and foreign expertise as well as the latest technical and technological advances.

The project aims to produce some 1.5 million cubic metres of desalinated water, which will be pumped via three transfer lines for potable, industrial and mineral water.