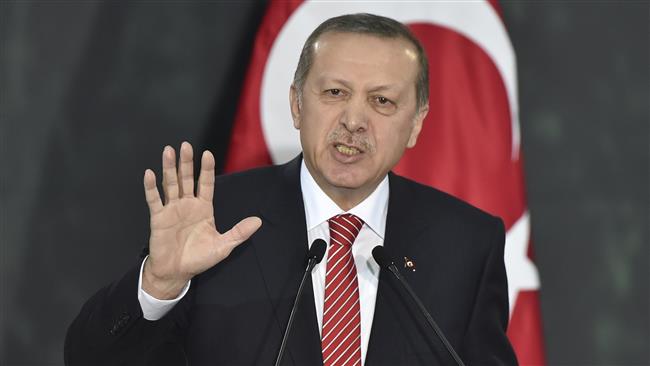 Iran’s Foreign Ministry Spokeswoman Marzieh Afkham said on Sunday that following Erdogan’s recent remarks, Iran summoned the country’s charge d’affaires in the absence of the ambassador and demanded a “clear and convincing response.”

“The strategic approach of the Islamic Republic of Iran to the region and its ties with neighbors is based on peace, stability and cooperation on the basis of mutual respect,” Afkham said, adding, “We believe that cooperation between Iran and Turkey has the potential to achieve this goal.”

The Turkish president accused Iran on Thursday of “trying to dominate the region” and said Tehran’s efforts had begun annoying Ankara, as well as Saudi Arabia and Persian Gulf Arab countries.

“Those who have caused irreparable damage with their strategic mistakes and ambitious policies had better adopt responsible policies and tap into the existing potential to ensure tranquility and convergence in the region,” Zarif added.