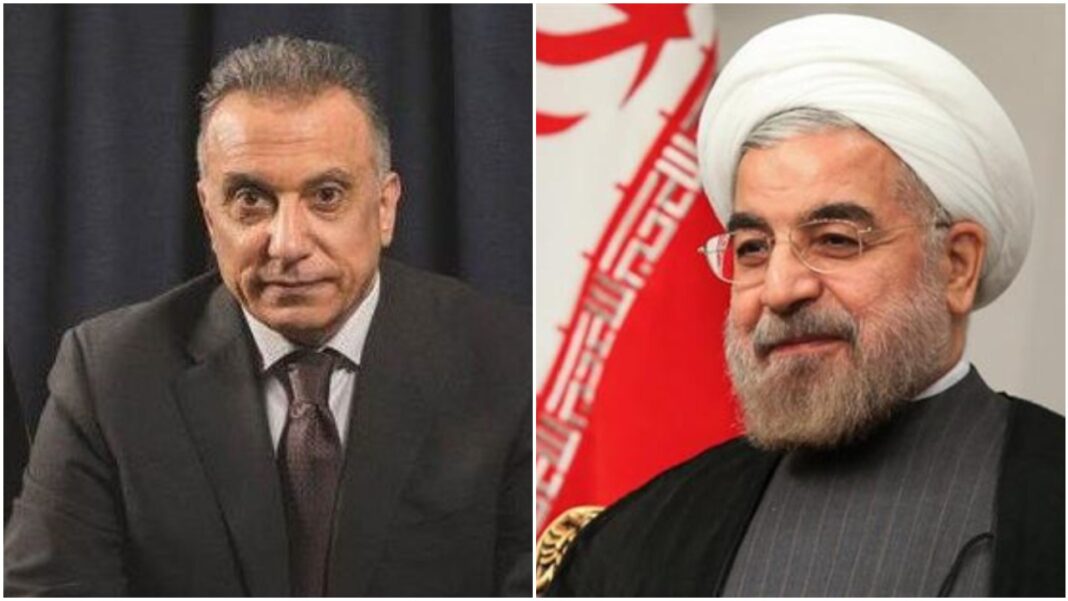 The Iranian president has given an assurance to the new prime minister of Iraq that Tehran will stand by the new government of Baghdad and the Iraqi nation as always.

In a Monday phone conversation with Prime Minister Mustafa al-Kadhimi of Iraq, Hassan Rouhani underlined the need to further enhance bilateral relations and work towards the implementation of joint agreements.

The Iranian president also warned against plots hatched against Iraq. “We should watch out for conspirators targeting Iraq’s interests,” said Rouhani.

President Rouhani reiterated that Iran, as always, offers its unflinching support to the Iraqi government for its gains in favour of the Iraqi nation.

Rouhani noted that Iran attaches great significance to the independence, political stability, national sovereignty and integrity of Iraq, expressing hope that cordial relations between Tehran and Baghdad will further expand.

The Iranian president highlighted the necessity of ensuring peace and stability in Iraq.
“As we proved that we were standing by the Iraqi nation in the fight against the ISIS, now we are saying that we will stand by the government of this country now wholeheartedly,” he added.

The Iranian president urged both countries to implement the agreements they have already clinched, including projects to lay an oil pipeline, connect the two countries’ rail networks and dredge the Arvand River.

He then touched upon the coronavirus pandemic in the world, urging Iran and Iraq to work together and exchange information and know-how with regards to the fight against the virus. He said Iran stands ready to offer any kind of assistance to Iraq to help it combat COVID-19.

The Iraqi premier, in turn, said the region and the whole world are at a sensitive juncture now.

He said any problem will be solved through wisdom, logic and rationality, expressing hope the two sides can work hand in hand to tackle problems.