Iran President Raps US Ban on Zarif as ‘Childish Behaviour’ 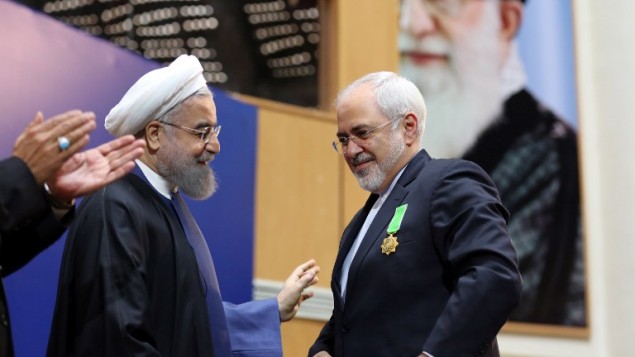 Addressing a ceremony on Thursday, Rouhani said the Americans say they would like to hold talks with Tehran on the one hand, but impose sanctions on the country’s top diplomat on the other.

“They say every day that they are ready for unconditional talks with Iran, but they impose sanctions on its foreign minister,” said Rouhani, dismissing this approach as “childish behaviour”.

“Such a move shows the enemies have become so desperate that they have no time to think,” the president added.

“If they want to hold talk, is there any other path than the Foreign Ministry? He (Zarif) is the head of the foreign policy apparatus,” said President Rouhani.

He said the US is scared of the Iranian foreign minister’s logic.

“All pillars of the White House begin to shake in the face of Zarif’s interviews,” he added.

“Even Zarif’s wise enemies are aware of his almost unrivalled knowledge, skills and ability in negotiations and creating opportunities to ward off conflict and war,” Jahangiri tweeted.

“The imposition of sanctions on Zarif is yet another reason which shows their hypocrisy and lies when calling for negotiations,” he added.