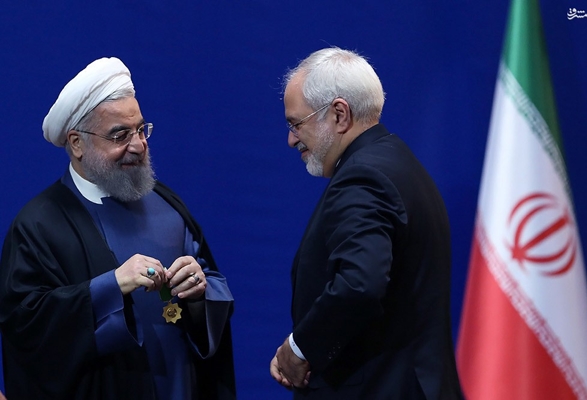 Iranian President Hassan Rouhani has in an official letter rejected Foreign Minister Mohammad Javad Zarif’s resignation, saying that it is against the country’s national interests.

The full text of the president’s letter in which he turned down Zarif’s offer to step down follows.

I understand and approve of your concerns about maintaining the dignity and credibility of the Ministry of Foreign Affairs and Foreign Minister as the highest-ranking official in implementing the country’s foreign policy.

The Ministry of Foreign Affairs handles foreign relations and lays the groundwork for ensuring security and national interests. Therefore, as I have instructed [government institutions] time and again, all state institutions should act in full coordination with this ministry when it comes to foreign relations.

I appreciate your relentless efforts during the period of time you have shouldered the heavy responsibility of leading the Ministry of Foreign Affairs during the eleventh and twelfth administrations. Since I consider you to be “trustworthy, valiant, brave and modest” as the Supreme Leader has put it, and to be at the forefront of resistance against the United States’ extensive pressure, I deem your resignation to be against national interests and will not accept it.

I am well aware of the pressure exerted on the country’s diplomacy apparatus, government and even the president elected by people. We will remain committed to the allegiance we have pledged to God and the nation to the end, and I am confident that we will pass through this tough stage by God’s grace.

Only in the past few months, the Ministry of Foreign Affairs has achieved considerable successes in countering US plots in New York, Vienna, Brussels, the Hague, Warsaw, Munich, etc., as well as notable political victories at the regional and international levels.

The happiness and joy of the sworn enemies of these people, such the Zionist regime [of Israel], over your resignation is the best testimony to the success of “Mohammad Javad Zarif” and all the more reason for you to continue your work as Foreign Minister of the Islamic Republic of Iran.

I, the establishment of the Islamic Republic of Iran, especially the Supreme Leader, trust you.

Continue on your path with power, bravery and prudence as God is with the faithful.

President of the Islamic Republic of Iran