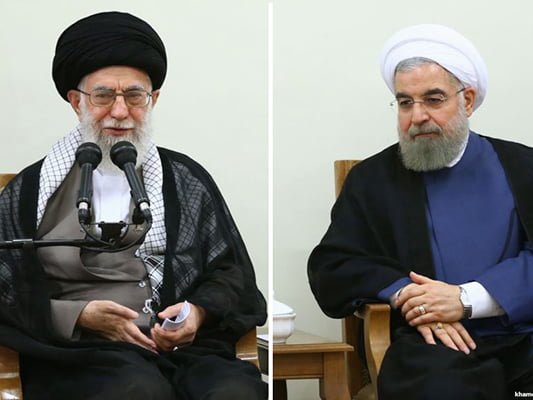 In his message, Ayatollah Khamenei said the heartbreaking incident filled the Iranians’ hearts with sorrow and regret.

“I sincerely offer my deep regret and sympathy to the bereaved families of the victims. I wish patience for the survivors, and mercy for those killed,” he added.

The Leader also urged all relevant officials to make every effort and take the required measures in this regard, including efforts to facilitate their funerals.

President Rouhani also condoled with the Iranian nation over the tragedy, and offered sympathy to the bereaved families of the victims.

He also wished mercy for those killed in the accident and patience for the survivors.

The Iranian president urged Minister of Roads and Urban Development Abbas Akhondi to form a committee to probe into the crash, and pursue the delivery of emergency and rescue services as soon as possible.

“All necessary measures must be taken to prevent such incidents from happening again in the future,” he added in his message.

The Aseman Airline’s Tehran-Yasuj EP3704 flight with at least 66 people on board crashed in southern Isfahan province and all the passengers and crew members are feared dead.

The 20-year-old ATR plane, which disappeared from radars on Sunday morning 50 minutes after taking off from Mehrabad Airport, crashed into Dena Mountain near Bideh village in the city of Semirom, according to Iranian officials.

A spokesman for the Iranian emergency organization said at least 66 people, including 60 passengers and 6 crew members were on board. He also said it was not possible to send ambulances to the mountainous area.