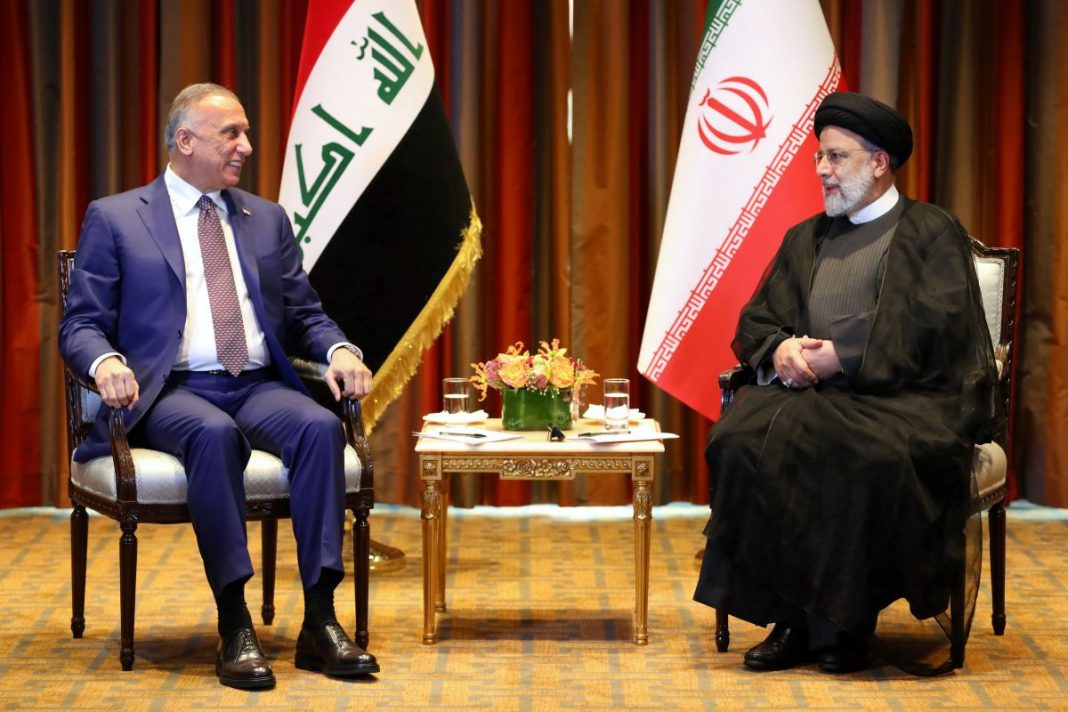 Iran’s President Ebrahim Raisi met with Iraqi Prime Minister Mustafa al-Kadhimi in New York on Tuesday evening on the sidelines of the 77th session of the United Nations General Assembly and discussed a host of issues.

President Raisi hoped an understanding would emerge between Iraqi parties to accelerate the political process for formation of a powerful government in Iraq, hit by a months-long impasse.

He also praised the Iraqi government for hosting talks between Iran and Saudi Arabia to mend their ties after their break-up over their regional and international policies, including the Saud invasion of Yemen among others.

Riyadh severed its diplomatic relations with Tehran in January 2016 after Iranian protesters, enraged by the Saudi execution of prominent Shia cleric Sheikh Nimr Baqir al-Nimr, stormed its embassy in the Iranian capital.

President Raisi said Iran insists that relations with Saudi Arabia have to be restored within the framework of the agreements.

Meanwhile, he expressed gratitude to the government and people of Iraq for the hosting millions of pilgrims from Iran and other parts of the world for this year’s Arbaeen ceremony, marking the 40th day after the martyrdom anniversary of Imam Hussein, the third Shia Imam.

For his part, al-Kadhimi briefed the Iranian president on the latest political situation in Iraq and appreciated Iran’s good will and efforts to step up cooperation with Iraq.