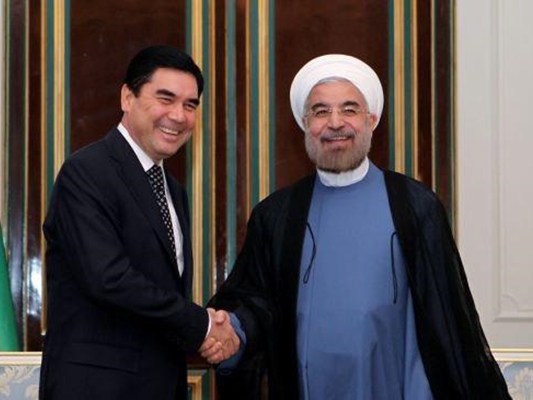 Iranian President Hassan Rouhani has offered congratulations to his Turkmen counterpart on the Central Asian state’s Day of Neutrality, which is annually marked on December 12.

In his congratulatory message to Turkmen President Gurbanguly Berdimuhamedow on Tuesday, Rouhani said, “It is gratifying that December 12 has been adopted by the United Nations General Assembly as the International Neutrality Day on Turkmenistan’s initiative.”

The Iranian president underlined that the development of friendly, comprehensive relations with Ashgabat is of particular importance to Tehran.

“We are happy that Turkmenistan is still taking serious, practical steps within the framework of neutrality policy in order to consolidate peace, stability and development in the region,” he noted, adding that the continuation of this policy is due to the Turkmen president’s far-sightedness.

Rouhani also wished health and success for Berdimuhamedow and prosperity and felicity for the people of Turkmenistan.

December 12, 1995 was adopted by the UNGA Resolution number 50/80, which expressed the hope that “the status of permanent neutrality of Turkmenistan will contribute to peace and security in the region.”

In Neutrality Day across the Central Asian republic are mass festivities and holiday concerts.