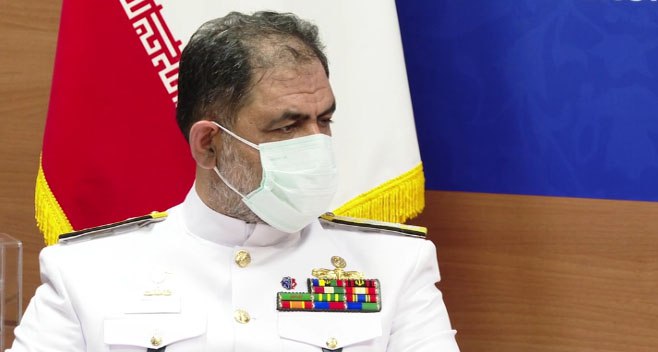 Iran’s Army Navy chief says the country’s presence in the high seas is aimed at ensuring security and sending a message of peace and friendship.

“The most important objective of Iran’s presence in farther distances is to provide marine safety and security, announce that the Islamic Republic of Iran has no limitations for being present in any location given its capabilities, particularly in the marine domain,” said Rear Admiral Shahram Irani, the commander of the Naval Force of the Iranian Army.

He said Iran can be present in locations in question by adopting the necessary measures, adding to that end

the Navy is working closely with other units of the Armed Forces.

The commander underlined the Naval Force of the Army can also jointly conduct operations and activities with Iran’s Islamic Revolution Guards Corps (IRGC) through mutual coordination.

“This coordination will keep the enemy from disrupting systems and creating insecurity and carrying out acts of terror at the sea,” he added.