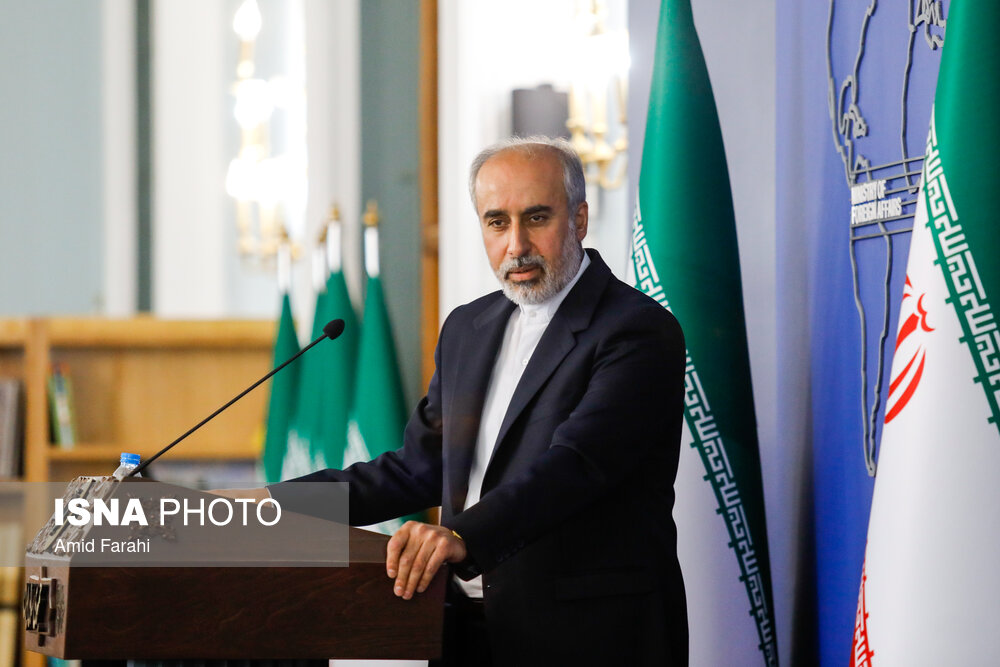 The spokesman for the Iranian Foreign Ministry has condemned as baseless allegations in the final communiqué issued at the 43rd session of the Supreme Council of the Persian Gulf Cooperation Council (GCC).

Nasser Kanaani said such statements are a mere repetition of the abortive policy of Iranophobia, which can only be a fruitless attempt to cover up the crisis-making schemes of some of the council’s member states in providing financial, political and logistical support to terror groups.

The spokesman rejected the council’s reference to issues related to Iran’s nuclear program, adding, “The countries who had left no stone unturned to foil the nuclear agreement are today protesting Iran’s legitimate actions by turning a blind eye to its full commitment to the Joint Comprehensive Plan of Action and international regulations.”

The spokesman also reaffirmed Iran’s principled positions and said the three Iranian islands of the Greater Tunb, Lesser Tunb and Abu Musa are an inseparable and eternal part of the land of the Islamic Republic of Iran.

“The Islamic Republic of Iran considers any claim to these islands as a destabilizing factor and interference in its internal affairs and its territory, and strongly condemns it,” he said.

Kanaani expressed surprise at the inclusion of some topics in the joint statement issued by the Persian Gulf Cooperation Council and China, reminding them that the negotiations on the removal of unlawful sanctions exclusively concern Iran’s nuclear issue and take place with known parties.

Kanaani also pointed to a meeting on Saturday between the Chinese ambassador and the Iranian foreign minister’s deputy for Asia-Pacific affairs.

During the meeting, he said, the Iranian side voiced strong dissatisfaction with the inclusion of the issue of Iran’s territorial integrity in the statement, stressing that the three Iranian islands in the Persian Gulf are an inseparable part of the Islamic Republic of Iran’s territory, and they have never been and will never be up for negotiations with any other country, similar to other parts of the land of Iran.

For his part, the Chinese ambassador emphasized his country’s respect for the Islamic Republic of Iran’s territorial integrity, Kanaani said.

Explaining the goals of the Chinese president’s visit to Riyadh, the envoy said the trip was in line with efforts to contribute to peace and stability in the region and benefit from dialog as a tool to resolve the problems, he added.

The Chinese ambassador said his country’s foreign policy is based on balance, and the planned diplomatic exchanges, including a trip by China’s deputy prime minister to Iran in the coming days, reaffirms this approach, the spokesman said.