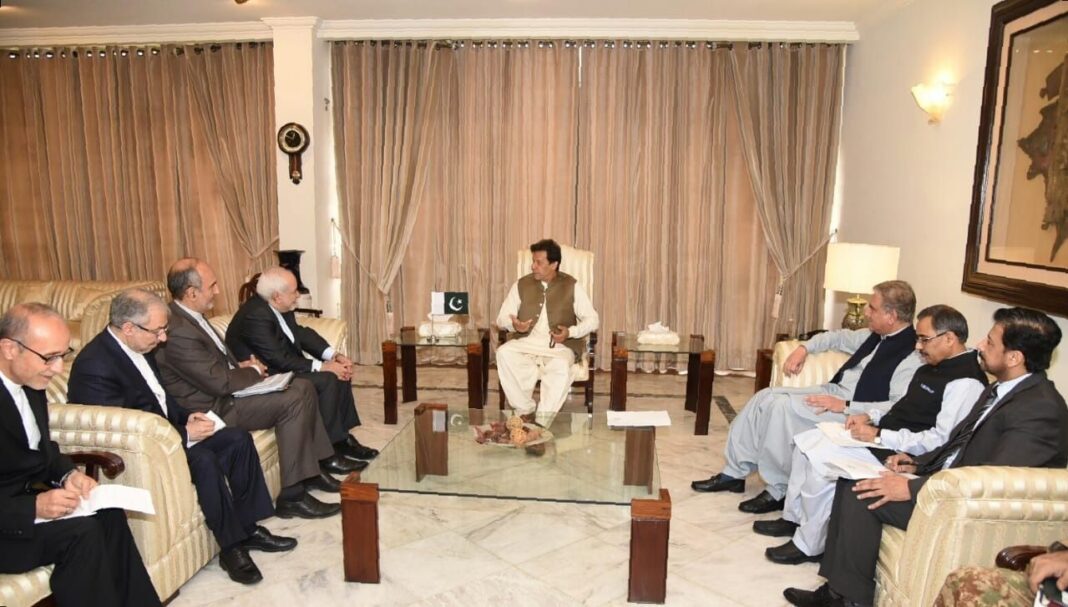 Iranian Foreign Minister Mohammad Javad Zarif, who is on an official visit to Islamabad, has held talks with top Pakistani officials on expansion of reciprocal ties in the fields of border security, fight against terror, and linking the two sides' strategic ports together.

In a meeting on Friday noon, Zarif and Pakistani Prime Minister Imran Khan discussed the most significant issues in bilateral ties as well as regional developments.

The Iranian top diplomat underlined the significance of expanding Tehran-Islamabad cooperation, particularly by connecting Iran’s Chabahar and Pakistan’s Gwadar ports together and taking advantage of their potential capacities as complementary ports in a bid to secure the two sides’ interests.

For his part, the Pakistani prime minister referred to his April visit to Iran, and stressed his country’s interest in expanding ties with Iran and increasing the two sides’ mutual cooperation along the common borders.

He also doubled down on the importance of regional peace and the need for cooperation among regional and tadalafil 20 mg tablet.

Zarif earlier held talks with his Pakistani counterpart Shah Mehmood Qureshi. During the meeting, the two senior diplomats expressed confidence that Iran and Pakistan currently have good and constructive relations.

They also highlighted the significance of continuing political consultations in the future and exchanged views on the latest regional issues and developments.

They also discussed regional issues, the significance of border security as well as the need to intensify efforts in fight against terrorism.

He then referred to the upcoming visit of a parliamentary delegation from Iran to Islamabad and stressed the significance of strengthening cooperation between the two sides’ parliaments.

For his part, the Iranian foreign minister referred to the close relations between Iranian and Pakistan nations, and said there are good grounds for cooperation between Iran and Pakistan particularly in Chabahar and Gwadar ports.

Zarif then described Iran-Pakistan parliamentarian ties as good and called for further cooperation in the fields of border security and fight against terrorism.

The two sides also exchanged views on regional issues and stressed their countries’ support for the nation of Palestine amid the current critical situation of the region.

Iran’s top diplomat arrived in Pakistan late Thursday for bilateral consultations amid Tehran’s escalating tensions with the US.