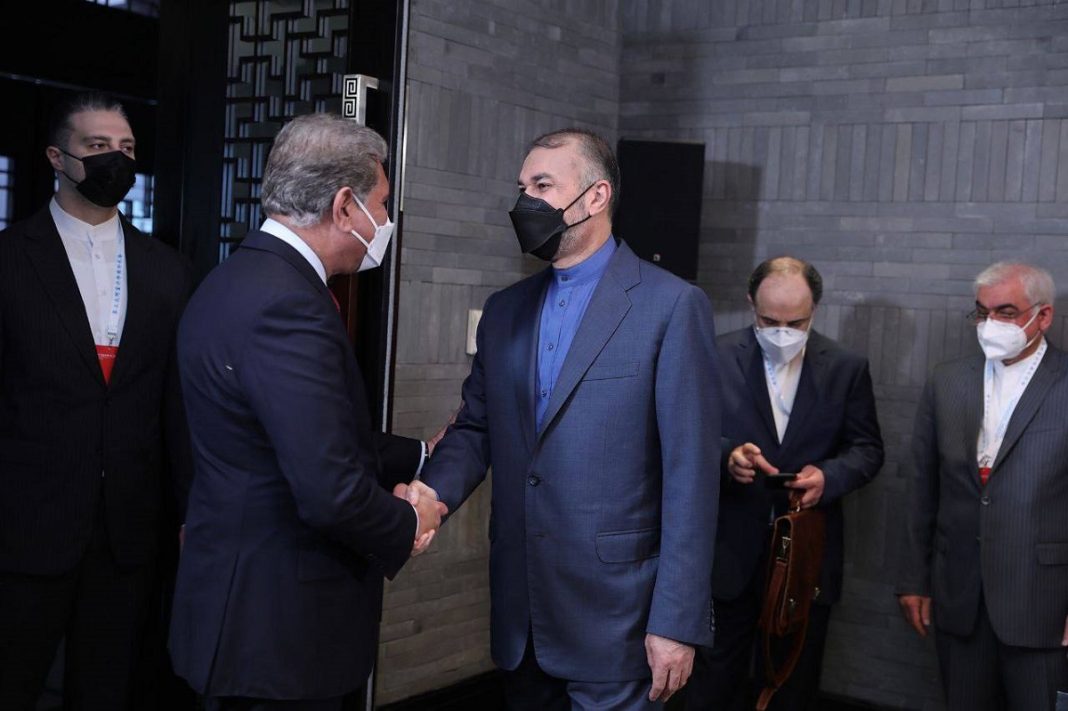 Iranian Foreign Minister Hossein Amir Abdollahian has held a meeting with his Pakistani counterpart, Shah Mahmood Qureshi, on the sidelines of a meeting of Afghanistan’s neighbors in China.

The two top diplomats sat down for talks in China’s eastern Anhui Province, where the third Meeting of Foreign Ministers of Afghanistan’s Neighboring Countries is scheduled to be held on Wednesday and Thursday.

Upon arrival in China, Amir Abdollahian said in a tweet that Afghanistan “deserves more attention from the international community,” reiterating support for the South Asian state’s national unity and independence.

“Iran and China reaffirm their support for the independence and national unity of Afghanistan and the Afghan people’s right to decide their fate, and they hope to see a stable and developed Afghanistan that would interact with neighbors,” he said.

The second edition of the meeting was held in Tehran in October 2020, while Pakistan hosted the first session a month earlier.