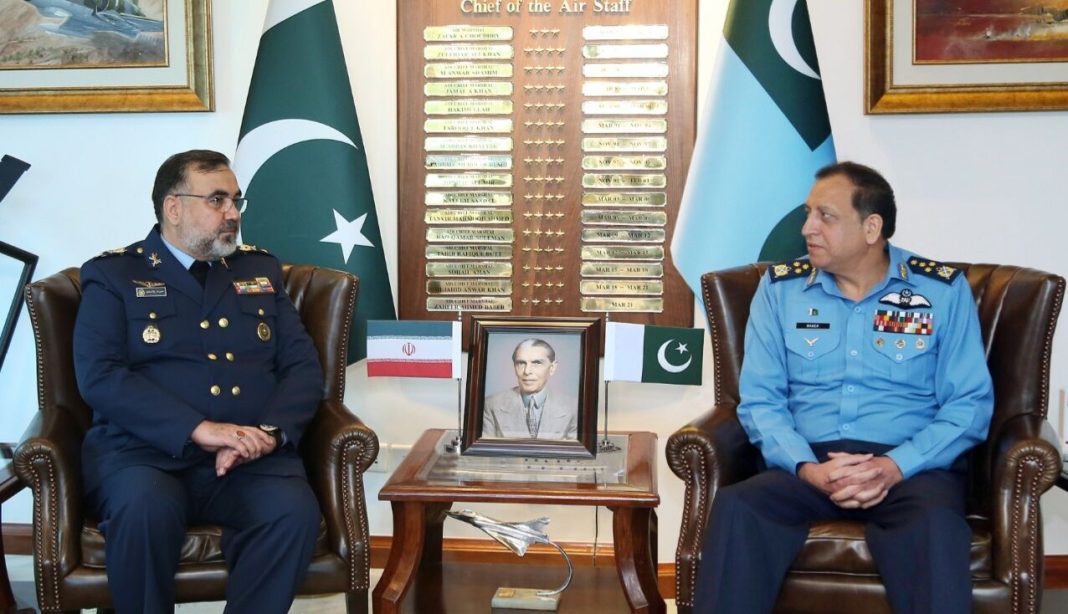 During the Monday meeting, the Pakistani commander praised the status of bilateral relations saying he is committed to expanding cooperation with the Iranian side.

Babar said the two neighboring countries have longstanding religious, cultural and historical ties which are manifested in the strong relations between Iran and Pakistan’s air forces.

The Iranian commander also praised the Pakistan Air Force for its professionalism and its growing capabilities in the aviation industry.

General Vahedi arrived in Pakistan on Sunday on an official visit at the invitation of his Pakistani counterpart.

Bilateral ties between Iran and Pakistan in the defense, military and security fields have expanded considerably in recent years.