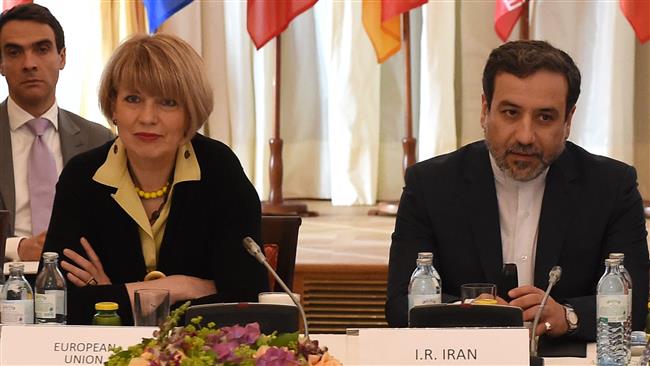 Senior representatives of Iran and the P5+1 group of countries have held talks on drafting the text of a possible final agreement over Tehran’s nuclear program.

The members of Iran’s negotiating team also held discussions with US Under Secretary of State for Political Affairs Wendy Sherman on the draft of the final deal.

Iran and the five permanent members of the UN Security Council – the United States, France, Britain, China and Russia – plus Germany are holding talks to finalize the text of a possible deal over Iran’s nuclear program by the end of June.

The two sides reached a mutual understanding on the key parameters of the potential deal in the Swiss city of Lausanne on April 2.

Foreign Minister Mohammad Javad Zarif, who returned to Tehran from Vienna early Monday, is scheduled to rejoin the nuclear talks later on Tuesday.