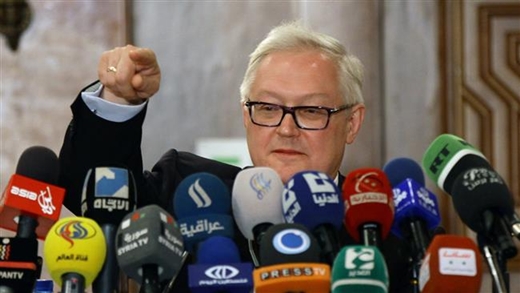 A Russian deputy foreign minister has said that sanctions against Iran will be suspended and subsequently canceled depending on how the IAEA certifies Tehran’s measures.

Russian Deputy Foreign Minister Sergei Ryabkov says Iran and P5+1 have succeeded in making progress in their nuclear talks on the issue of relieving sanctions against Tehran.

“In principle, there has been a shift on certain issues, especially the subject of a future UN Security Council resolution, which is important for us. There is fair progress on the issue of the lifting of sanctions,” he told journalists on Saturday.

Ryabkov, who is Russia’s senior nuclear negotiator at Iran’s nuclear talks, said sanctions against Iran will be suspended and subsequently canceled depending on how the International Atomic Energy Agency (IAEA) certifies Tehran’s measures.

“The pace of the lifting of sanctions should be acceptable for the Iranian side. I think, although, it would be best that they comment on this,” the Russian official added.

Ryabkov further said disagreements remain between Iran and the six powers on a number of issues in the nuclear talks; however, the sides are making efforts to resolve all disputes as soon as possible.

Iran has, on several occasions, stressed that it will not bow to excessive demands by the opposite side in the course of drafting the text of a final deal, warning that adopting such an approach by the six world powers could impede a final agreement.

Ryabkov also said P5+1 foreign ministers are likely to hold a meeting in the coming days before June 30 in a bid to settle all remaining minor disagreements, adding they can then focus on just a few major issues of difference with Iran.

The deputy foreign minister noted that political directors of the six countries would also hold a meeting in one week.

Ryabkov further said that Moscow continues to hold discussions with other P5+1 countries about the pace of lifting the arms embargo against Iran.

“This was expected and we did not think that everything would work out easily here [on the issue of arms embargo]. There is still time to argue on this issue, which is what we will be doing,” he said.

He added that the disputes are “sharp and lacking constructive development.”