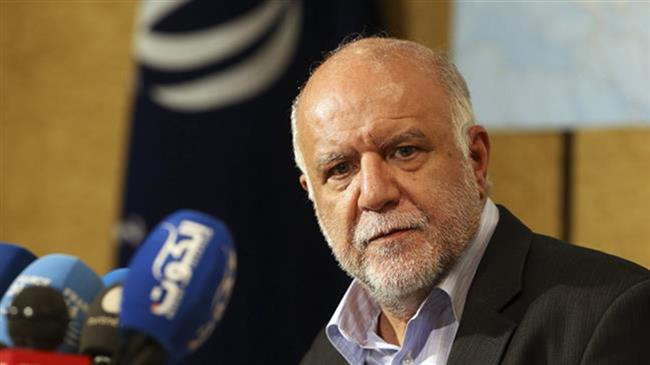 Iranian Oil Minister Bijan Zanganeh has called on the Organization of the Petroleum Exporting Countries to resist calls from Washington to change its output policies, saying that OPEC is not a subordinate of the White House.

Zanganeh stressed on Tuesday that the OPEC is not a part of the US Department of Energy, and shouldn’t take orders from Trump.

“Trump thinks he can order the OPEC to do what he wants. He has created problems for the oil market by imposing sanctions against two founding members of the OPEC and now wants the Organisation to change certain things,” he said.

“This is not fair in my view,” he added.

The “high prices in the market and the instability in the market” were created by the actions of US President Donald Trump, it is his responsibility, said Zanganeh.

Iran’s oil minister is currently in the Austrian capital Vienna ahead of a meeting with his counterparts set for Friday, in relation to which he noted that he does not expect an agreement to be reached on changing its output policy in the upcoming meeting.

“I don’t believe in this meeting we can reach agreement,” he said.

Zanganeh also stressed that OPEC is not an American organization and oil is not a political tool.

On Monday, Iran said it will veto an anticipated proposal by Saudi Arabia and Russia to increase global production of oil when major producers meet in Vienna, stressing that it will have Iraq and Venezuela by its side to block the move.

Hossein Kazempour Ardebili, Iran’s ambassador to OPEC, was quoted by media as saying that any increase in current production levels would be against a deal that OPEC and non-OPEC producers reached in 2016.

Last week, Trump said that “oil prices are too high,” blaming the OPEC for the 60 percent rise of oil prices over the last year.

“Oil prices are too high, OPEC is at it again. Not good!” the US president wrote on Twitter.

Trump’s criticism ironically comes at a time where US crude oil futures were trading near $66 a barrel on Wednesday falling about 9.5 percent from a multiyear high of nearly $73 a barrel on May 22, Press TV reported.

Oil prices fell this month on reports that the Trump administration asked Saudi Arabia, OPEC’s biggest producer, to start pumping more as renewed US sanctions on Iran begin to hit the country’s exports.

The sanctions would include a universal ban on Iran over buying or acquiring US dollars as well as restrictions over purchases of crude oil from the country and investing in its oil sector projects.