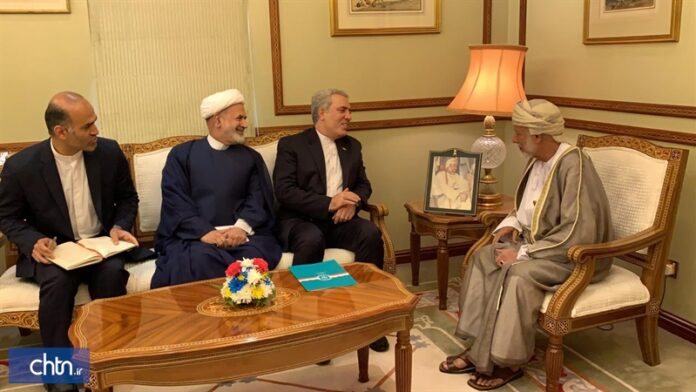 Ministers from Iran and Oman have discussed plans to remove visa restrictions for the Iranian and Omani travelers visiting each other’s countries.

In the meeting held in Muscat, the Iranian minister said, “You are a popular character in Iran. Our people are very interested in you. Oman has always had a constructive role in the region and the good leadership of His Excellency Sultan Qaboos has created such (close) ties between the two nations as well. We and Oman’s tourism minister are promoting tourism ties between the two countries.

I thank you for facilitating the visa issuance. We also lifted the visa requirement for Omanis with the Foreign Ministry’s efforts.”

“I am glad to see your affection for the people of Iran,” he noted, adding, “We have been friends and brothers with the neighboring state (Oman) for years, and this is a trend that the Revolution’s Supreme Leader has been insisting on.”

“The more the Americans exerted pressures on us, the stronger we got,” Mounesan added.

“Iran has diverse and many historic sites.

Considering the proximity (of Iran and Oman), it can be a good destination for the people of Oman,” the Iranian minister added, noting, “I heard that the countries (tourists destinations) must be on your medical list. You can also make arrangements to put Iran on this list. Your Health Ministry experts have apparently highlighted this issue during a visit to Iran last year.”

“Iran has also great capabilities in the field of organ transplantation, as well as heart and brain surgeries,” Mounesan noted.

“I thank God that the tourism industry between the two countries is growing. We have around eight million tourists travelling abroad, the bulk of whom travel to the regional countries. We are interested to see a large number of them visit Oman, and reciprocally, to host more Omani tourists in Iran,” he added.

“If possible, the visa fees should be eliminated to allow for the presence of more Iranian tourists. We have bilaterally lifted the visa regime with Turkey, which has attracted a large number of Iranian tourists,” Mounesan noted.

For his part, the Omani foreign minister said, “We have very age-old ties with Iran. Every time I visit Iran, I feel as if I’m in my own country, and everybody feels comfortable at their home country.

The blessings of God always exist for a country with such great leaders and nation.”

“I will pursue the issue of lifting visa for sure,” Yusuf bin Alawi bin Abdullah stressed, adding, “The most important subject is health tourism. Many Omani people travel to southern Iran, particularly to Shiraz.”

“Iran has great medical capabilities. A big revolution in the progress and development has occurred in Iran. Our people prefer to travel to Iran for treatment, particularly for eye diseases. There is special affection between the nations of the two countries, and Iranians are welcomes here with open arms,” he added.

“Iran and its nation have proved several times that they can overcome the sanctions and this in not anything new. I believe that these sanctions will eventually end,” the Omani minister noted, adding, “These are historical realities about people of Iran.”

The meeting was also attended by Iran’s ambassador to Muscat Noori Shahroodi. 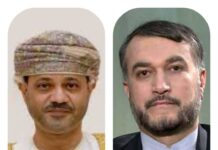