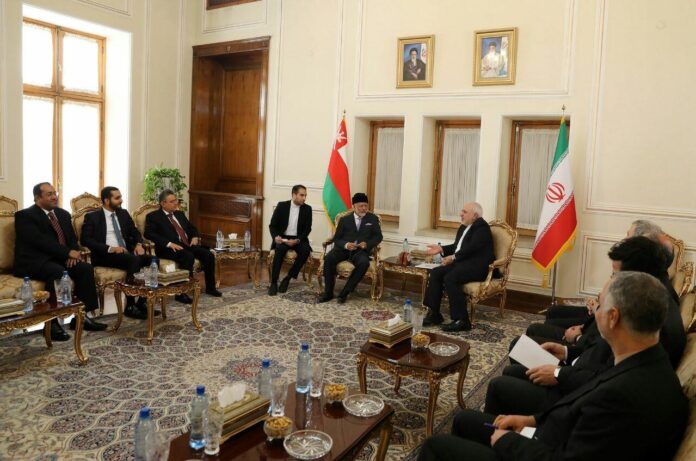 The Sultanate of Oman’s Minister Responsible for Foreign Affairs Yusuf bin Alawi bin Abdullah had a short stopover in Tehran on Sunday to hold talks with his Iranian counterpart.

On his way back from the Swiss city of Davos, bin Alawi had a layover in Tehran on Sunday and held a meeting with Minister of Foreign Affairs of the Islamic Republic of Iran Mohammad Javad Zarif.

In the meeting, the two ministers discussed bilateral and regional issues, particularly the mutual cooperation between Iran and Oman in the Strait of Hormuz.

Zarif and bin Alawi also reaffirmed the Iranian and Omani governments’ determination to keep working in cooperation and continue consultations for the purpose of ensuring the safety of navigation and the security of energy for all parties.

The two foreign ministers also called on all sides to play a positive role in that process.