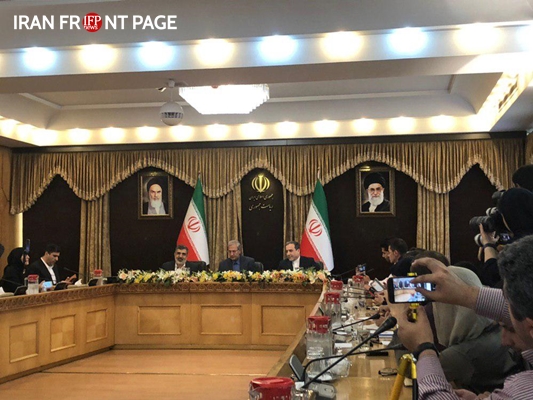 Iran on Sunday officially announced the beginning of the second phase of the reduction of its commitments under the Iran nuclear deal, boosting the level of its uranium enrichment to a level beyond the 3.67% limit set by the JCPOA.

“As we announced in the first phase, we will longer remain committed to the uranium enrichment level, and this will be announced to EU Foreign Policy Chief Federica Mogherini in a letter by Foreign Minister Mohammad Javad Zarif today,” Araqchi said.

Kamalvandi also noted that the country needs enriched uranium for its power plants, research, and propulsion, which need various levels of enrichment.

“What we’re doing today is meant to provide the enrichment level we need for the fuel of our power plants, and the level of enrichment can go up based on the orders we get,” he noted.

“The amount of our enriched uranium stockpiles is also increasing and the pace of increase is growing,” he added.

He also noted that the country “does not need the fuel of Tehran research reactor for now, but it can go to that point whenever it wants.

Iran’s announcement came after its 60-day deadline to Europe to compensate for the US’ withdrawal from the accord came to an end. Tehran says the decision has been enshrined in the nuclear deal and is in accordance with articles 26 and 36 of the nuclear deal.