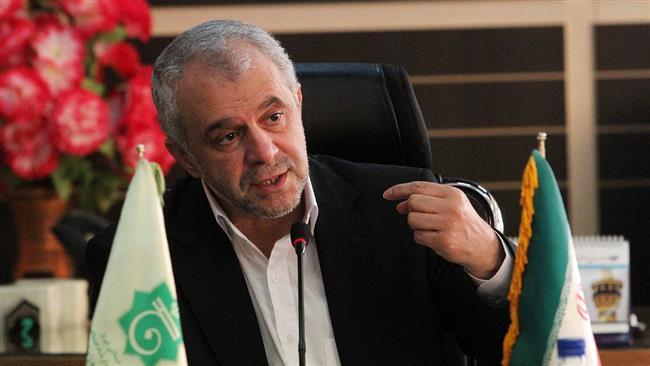 The head of Hajj and Pilgrimage Organization has said that the Saudi government will have to remain committed to its pledges to fully cooperate with Iran.

Head of Iran’s Hajj and Pilgrimage Organization Saeed Ohadi has said that the organization under his watch has officially conveyed its objections to Riyadh over the burial in Saudi Arabia of 29 Iranian victims of a recent crush in Mina, near Mecca.

He said the Saudi authorities had said that the burials were inevitably made due to hygienic concerns.

Ohadi said the burials were made even as legal proceedings had been completed for the return of some of the bodies buried.

Iranian officials had on several times emphasized that no authorization had been given to Saudi Arabia to bury the Iranian victims of the Mina tragedy.

The Hajj crush took place on September 24 after two large masses of pilgrims reached one another from opposite directions in Mina during the symbolic ceremony of the stoning of Satan in Jamarat.

‘Saudi Arabia will have to comply’

In his Thursday interview, Ohadi emphasized that the victims’ fingerprints and samples of their nails had been taken for identification before burial, and stressed that their places of burial are also completely specified.

He added, however, that the Saudi government will have to remain committed to its pledges to fully cooperate with the Islamic Republic including by complying with the potential demands of the families of the buried victims to have them returned to Iran.

Saudi Arabia has provided a death toll of nearly 770 from the incident. This is while only summing up the official tallies provided by some of the countries that lost victims in the incident provides a much larger figure. The Saudi government defiantly refuses to upgrade its figure, nonetheless.

Iran’s Hajj and Pilgrimage Organization says at least 4,700 people lost their lives in the tragedy.

The bodies of 399 Iranian victims have been repatriated so far.

A total of 36 Iranian victims still remain unaccounted for. Ohadi said efforts will continue to determine their fates.