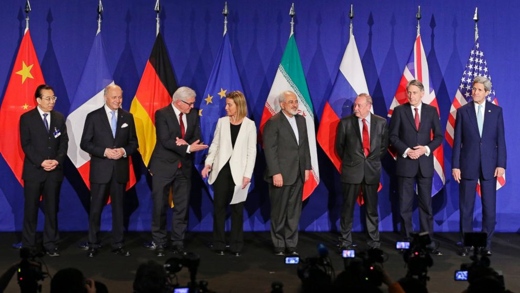 A principlist political expert says that too much insistence on the conclusiveness of a nuclear deal has raised the expectations of people and officials in Iran.

Fararu on June 1 asked experts about the talks, their upshot and public expectations. The First Part (Second Part) focuses on the view of Nasser Imani, a principlist political expert. The following is the translation of his remarks:

The eleventh government has focused heavily on the talks with the West and a nuclear deal ever since it has come to power and even prior to that – on the campaign trail. Government’s insistence on the conclusiveness of a deal has caused the expectation of officials and members of the public about a nuclear deal to grow. Even reformist political experts criticize government’s fixation on the issue, which has been reflected on different fronts and among people.

I think government has still time to draw a line between the need for continuing the talks – and efforts to produce results – and certainty about reaching an agreement.

Too much concentration on the certainty of the nuclear deal by the officials of the executive branch – chief among them the president – will have domestic and foreign reflections. Failure to strike a deal would turn the spotlight on it [the certainty of a deal or lack thereof] even more than before.

In case nuclear talks fail to produce a final deal, the very first consequence will be the declining popularity of government and its supporters because people will think that government has hit a stalemate in its biggest project.

No doubt, government will face problems pursuing other projects if the talks break down and its position is undermined, and this would cause the radicals to raise their voice [louder than before].

We need to take into account the fact that the Western side wields more power in the talks, so the focus on the conclusiveness of the talks should not raise [people’s] expectations.

Government’s failure in [nuclear talks and] realizing its economic, social and cultural promises will see other individuals throw their hat in the ring for the next presidential elections, with Rouhani losing his chance of winning reelection.

There is still another possibility: A weakened government may seek to strengthen its [vulnerable] position. To that end, it may make mistakes which would in turn dent the country’s national interests.

This brings us to the conclusion that tying the [solution to] all problems the country is grappling with to the conclusion of a nuclear deal will yield no positive result. Government has to seize the opportunity and do what it can to distinguish between these two issues.