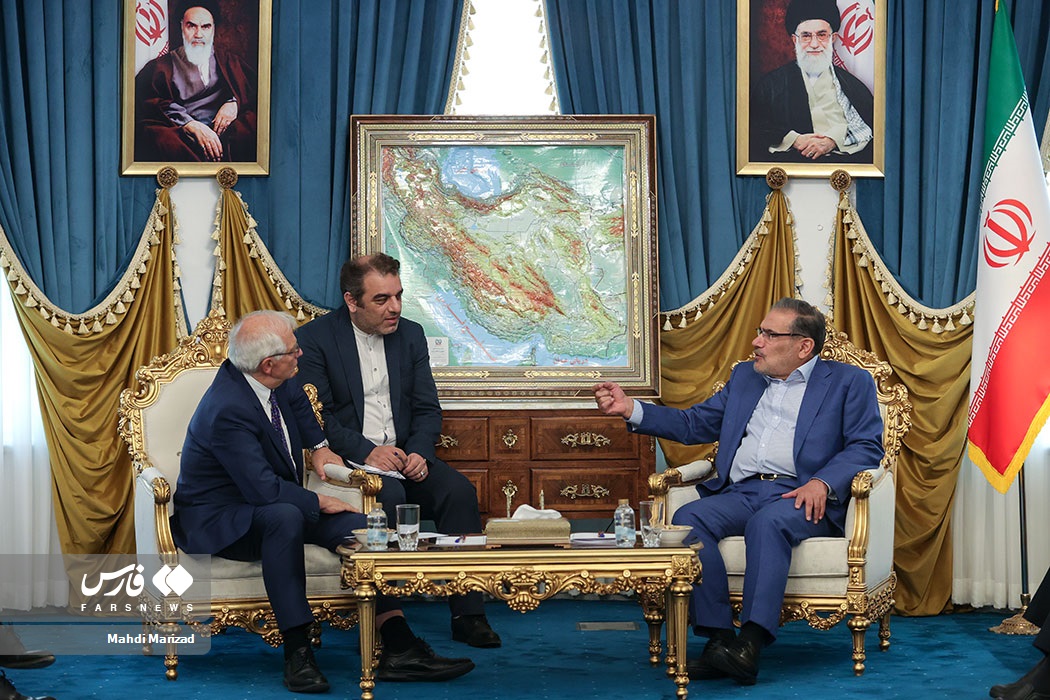 The secretary of Iran’s Supreme National Security Council says any deal that fails to remove the sanctions against Tehran and does not entail economic benefit and guarantees from the US and Europe won’t be desirable for the Islamic Republic.

Ali Shamkhani was speaking in a meeting with EU Foreign Policy Chief Josef Borrell in Tehran on Saturday.

Shamkhani referred to the US violation of its commitments and illegal withdrawal from the 2015 Iran nuclear deal, JCPOA, which made Iranians more skeptical of the West and the US.

He said, “We fully abided by our obligations under the JCPOA and never walked away from the negotiating table, and we are now seeking a robust, lasting and reliable deal.”

Shamkhani described the US move to go back on its word and Europe’s inaction regarding the JCPOA as a bitter experience for the Iranian people, saying Iran’s reciprocal moves will continue until the US and the West change their behavior.

Shamkhani said the Vienna talks dragged on because of the contradictory behavior of the US and its insistence on threats and sanctions that are the continuation of Donald Trump’s so-called maximum pressure campaign.

EU Foreign Policy Chief Josef Borrell also referred to the international status quo amidst the Ukraine war and the need for all sides to work toward lasting security.

Borrell said the revival of the nuclear deal under the current circumstances can be a very important international security achievement. The top EU diplomat said all parties to the Vienna talks must look to the future for the purpose of reaching a good deal.

Borrell referred to his talks with US officials before traveling to Tehran and said the administration of US President Joe Biden wants a deal for different reasons.

The EU foreign policy chief described as understandable, Iran’s insistence on receiving guarantees to make sure that a deal with the P4+1 group will be lasting.