Iran not to implement JCPOA until sanctions repealed: MPs 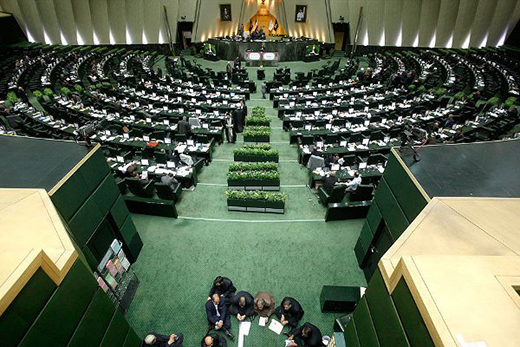 In a letter to President Rouhani, 213 MPs said no practical measure should be taken with regard to the implementation of JCPOA before the lifting of US and EU sanctions.

Iranian lawmakers have urged the administration to withhold the fulfillment of its commitments under a nuclear agreement reached with P5+1 until US and EU sanctions against Tehran are declared null and void.

In a letter to President Rouhani on Sunday, 213 lawmakers said no practical measure should be taken with regard to the implementation of the Joint Comprehensive Plan of Action (JCPOA) before US President Barack Obama and the European Union officially declare the lifting of all financial and economic sanctions against Tehran.

They called on the government to set up a “powerful, informed and astute” committee to supervise the implementation of JCPOA.

It is expected that the government fully observe the directives issued by Leader of the Islamic Revolution Ayatollah Seyyed Ali Khamenei on the implementation of JCPOA to safeguard the interests of the Iranian nation, the letter read.

In a letter to President Rouhani on October 21, the Leader enumerated certain points on the implementation of JCPOA and issued directives to be heeded in this regard.

The Iranian president, in a letter addressed to the Leader on October 22, expressed gratitude to the Leader for his guidelines and support regarding the nuclear agreement and reiterated that Ayatollah Khamenei’s instructions will be fully taken into account.