Iran not to allow inspections beyond NPT: Defense chief 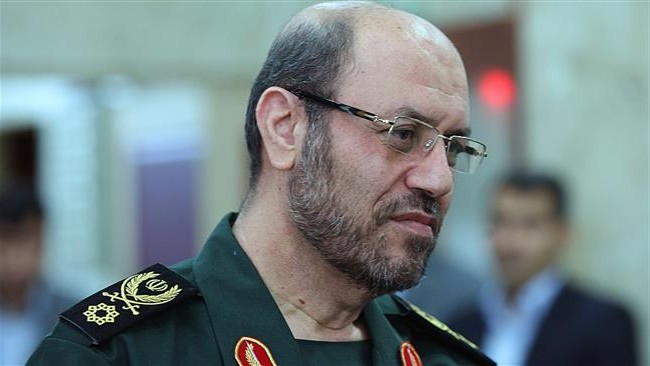 Iran’s Defense Minister Brigadier General Hossein Dehqan says Tehran will not allow international inspections of any sites beyond the requirements of the Non-Proliferation Treaty (NPT).

In an interview with the Lebanese Arabic-language al-Mayadeen news network aired on Tuesday, Dehqan said that the Islamic Republic plans to continue its cooperation with the International Atomic Energy Agency (IAEA) within the framework of the NPT.

“We are committed to our obligations, but we have no plans for the future to allow them access to whatever site they want,” said the defense chief.

Many US officials have repeatedly called on Iran to provide the international inspectors with access to its military sites under the pretext of the NPT.

He said that Tehran and the IAEA are determined to resolve the ambiguities surrounding Iran’s nuclear program.

On July 14, Iran and the IAEA signed a roadmap for “the clarification of past and present issues” regarding Iran’s nuclear program in Vienna, Austria.

Earlier on August 27, the IAEA confirmed Iran’s compliance with its commitments regarding its nuclear program. IAEA Director General Yukiya Amano also confirmed on August 25 that Iran had delivered on its promises concerning informing the agency of the country’s nuclear activities.

Elsewhere in his remarks, Dehghan said Iran regards the United States and Israel as the true enemies of Islam and freedom-seeking movements of the world.

He said the Israeli regime attempts to expand its hegemony in other regions, saying that the Zionists have a key role in the US foreign policy.