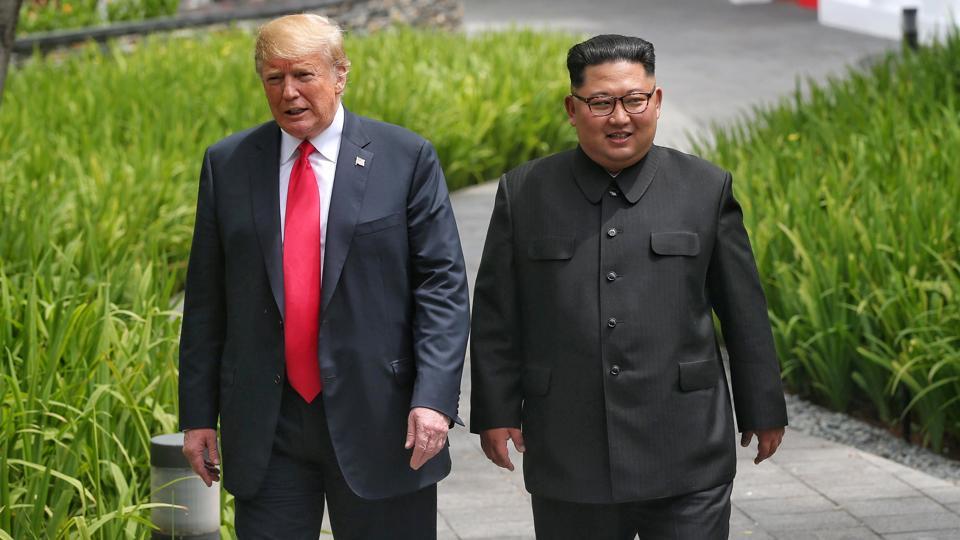 Iranian Foreign Ministry Spokesman Bahram Qassemi said the country welcomes any attempt to restore peace and stability to the Korean Peninsula but at the same time is not optimistic that US President Donald Trump would remain committed to his pledges.

Speaking at his weekly press conference in Tehran on Monday, Qassemi pointed to the US-North Korea summit due to be held on Tuesday and said, “Iran’s stance on the Korean Peninsula is clear; we are keen to see peace and stability in the region.”

Iran welcomes any step toward boosting the welfare of the people of this region, he said, adding, however, that given the past record of the US and Trump, who, during his presidency, has violated international treaties, especially the 2015 nuclear deal, Iran remains deeply pessimistic about the US president’s intentions.

“North Korea should act with caution,” the spokesman urged, stressing that “the nature of the US government is not such that one can be optimistic about it”.

“We support peace and stability in the Korean Peninsula that is in the interest of the people, but we are very skeptical about the intentions of the United States,” he added.

The remarks came as North Korean and US negotiators met in Singapore Monday for final preparations on the eve of an unprecedented summit between Kim Jong Un and Donald Trump, seeking to bridge the gaps over Pyongyang’s nuclear arsenal.

Tuesday’s meeting will be the first between a sitting US president and a leader of North Korea, whose nuclear and ballistic missile ambitions have raised global concerns and seen tensions soar.

It is an extraordinary turnaround from the rhetoric of last year, when Trump threatened the North with “fire and fury” and Kim dubbed him a “mentally deranged US dotard”.

The summit has raised hopes of progress towards a peace treaty to formally end the Korean War, the last festering legacy of the Cold War, after hostilities only stopped with an armistice.

But Pyongyang is demanding as yet unspecified security guarantees and the end of what it calls a “hostile policy” towards it, and has not made clear what concessions it is offering over the nuclear arsenal it calls its “treasured sword” to defend against a US invasion.