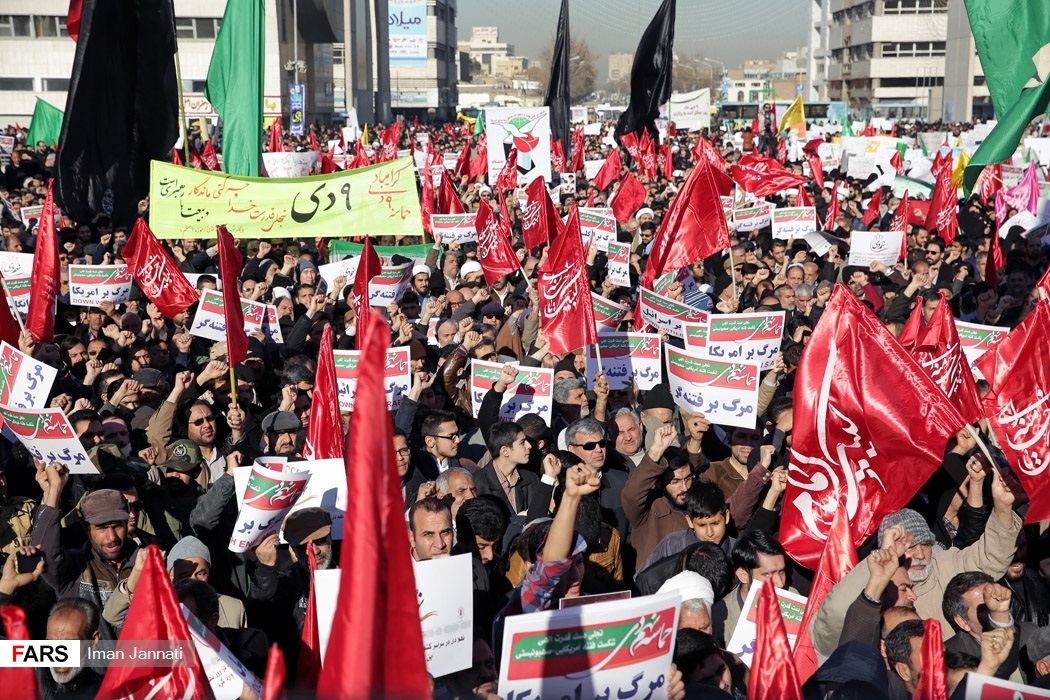 The statement came as certain foreign officials, in meddlesome comments, tried to provoke the Iranian people against the Islamic Establishment.

Following a series of protest rallies in a number of Iranian cities, where people expressed their protest at the country’s economic woes, US President Donald Trump said, “Many reports of peaceful protests by Iranian citizens fed up with regime’s corruption and its squandering of the nation’s wealth to fund terrorism abroad. Iranian gov’t should respect their people’s rights, including right to express themselves. The world is watching!”

This comes as hundreds of thousands of supporters of the Islamic Republic on Saturday poured into streets on the 8th anniversary of the “9 Dey Epic”, the day when pro-Establishment rallies in 2009 put an end to the post-election unrests.

Here are photos of the Saturday demonstrations across Iran retrieved from various news agencies: