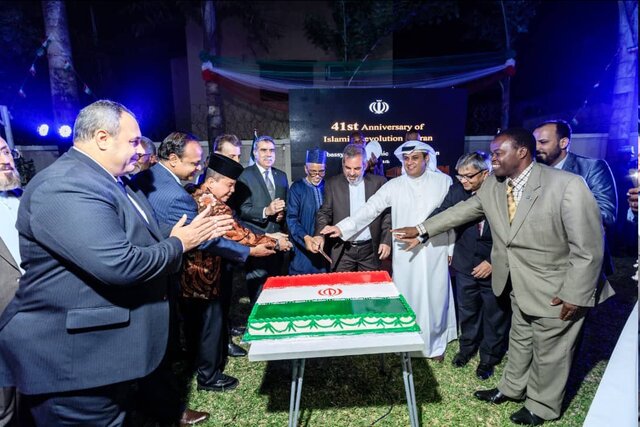 The Islamic Republic of Iran and the Federal Republic of Nigeria will hold a session of the Joint Commission in the near future, Iran’s ambassador to Abuja has announced.

Iran’s Embassy in Abuja held a ceremony to mark the 41st anniversary of victory of the Islamic Revolution.

In comments at the event, attended by a number of foreign ambassadors and diplomats, Iranian nationals residing in Nigeria, as well as the political and cultural figures, Iran’s envoy in the African country unveiled plans for a meeting of Iran-Nigeria Joint Commission in the near future.

Morteza Rahimi also hailed the growing relations between Tehran and Abuja, making a reference to a recent meeting between the Iranian vice president for economic affairs and President of Nigeria Muhammadu Buhari.

The ambassador further highlighted the Islamic Republic’s progress and the Iranian people’s perseverance against the economic and political acts of terrorism from the enemies, stressing, “The Iranian nation makes an opportunity out of every threat.”

Rahimi also reminded those behind the assassination of top Iranian commander Lt. General Qassem Soleimani that the flag of the fight against terrorism will continue to be raised by the late commander’s followers.

“There will be no place in the region for their (enemies’) terrorist acts,” the envoy noted.