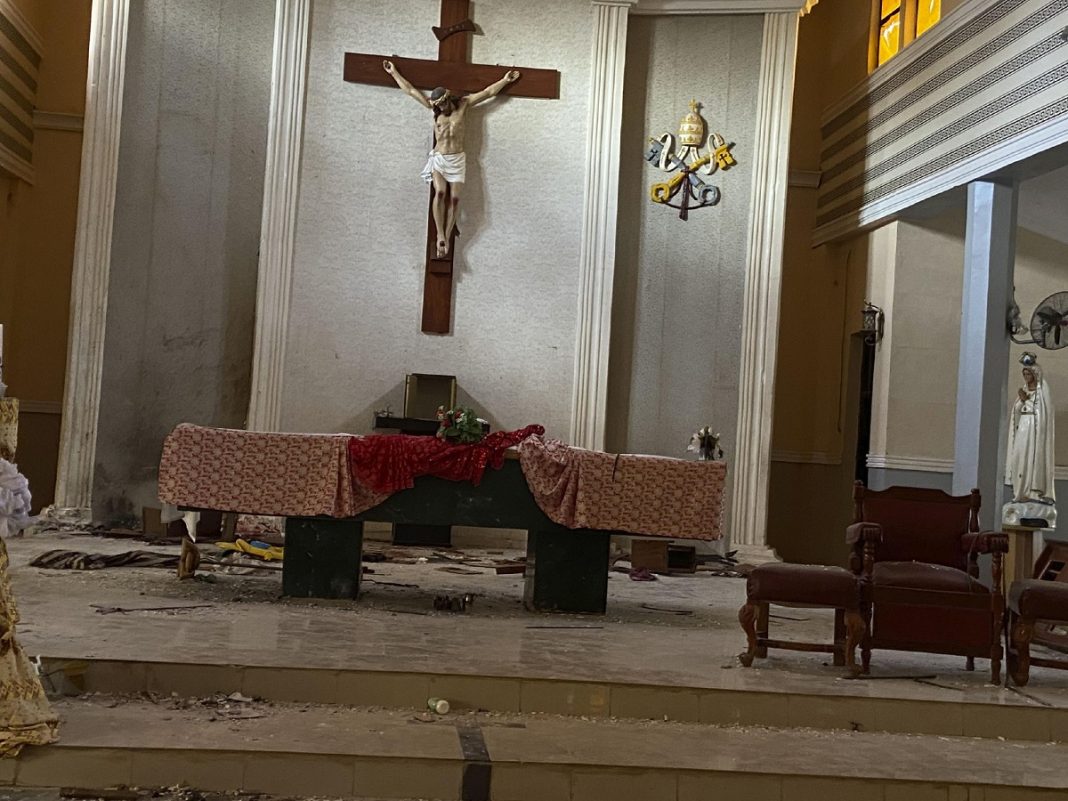 Iranian Foreign Ministry Spokesman Saeed Khatibzadeh has expressed deep regret over the death of a number of people in an armed attack on a church in Nigeria.

Khatibzadeh condemned the attack and sympathized with the government and people of Nigeria as well as the families who lost their loves ones in the incident.

The Iranian Foreign Ministry spokesman noted that such divisions happen as a result of acts aimed at sowing sedition among followers of divine faiths, which he rejected as “absolutely nacceptable.”

Nigerian medics and police say at least 50 people, including women and children, were killed as gunmen attacked St Francis Catholic Church in the town of Owo in southwest Nigeria during mass on Sunday.