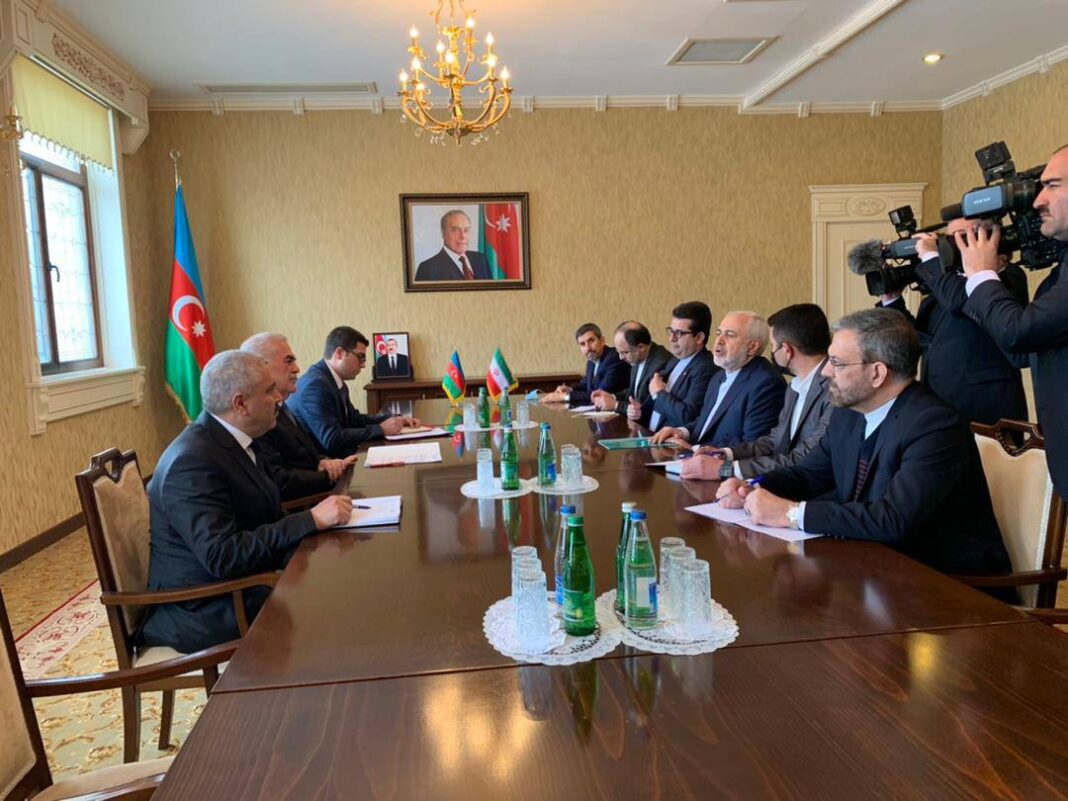 Iran’s Foreign Minister Mohammad Javad Zarif has held talks with Vasif Talibov, the chairman of the Supreme Assembly of Nakhchivan, a landlocked exclave of the Republic of Azerbaijan.

In the Saturday meeting, which came on the last leg of Zarif’s whistle-stop tour of the region, the top Iranian diplomat expressed content with his regional trips.

Zarif said he was happy to see the territories occupied during the Nagorno-Karabakh conflict have been liberated.

“Although some people lost their lives in this conflict, the liberation of the occupied territories has made the Islamic Republic of Iran happy,” said the foreign minister.

“Moreover, it is necessary to seize the opportunity that has been created for regional cooperation and prevent the outbreak of any such conflicts in the future,” he noted.

Zarif elaborated on his regional tour and the negotiations he had as well as the viewpoints of officials of the countries he visited.

He said all those countries generally welcomed regional cooperation which, he stressed, is particularly important when it comes to transportation in the region and transit routes.
Zarif underlined Nakhchivan plays a key role in that regard.

He touched upon Talibov chairing the Iran-Nakhchivan Parliamentary Friendship Group, and called for closer parliamentary cooperation between the two sides.

Talibov, in turn, presented a report on the status of Nakhchivan’s cooperation with Iran in the areas of trade, electricity and culture, adding Nakhchivan stands ready for cooperation in the domains of railway, transportation, roads, customs and offering facilities to received transit goods in a bid to further cement regional cooperation.

Environmental issues of the Aras River, taking care of Iranian expatriates’ affairs, and a seat for the Persian Language at Nakhchivan’s state university were among other issues discussed by the two top officials.

In the meeting, the Iranian foreign minister also expressed his gratitude to Talibov for translating Zarif’s book titled “Multilateral Diplomacy” into the Azeri language and teaching it at Nakhchivan’s state university.