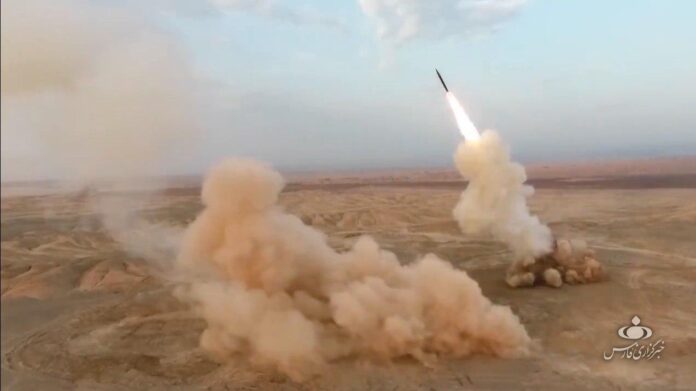 An editorial piece published by the hardline Iranian newspaper Kayhan argues that Iran should attack the Israeli port city of Haifa if Tel Aviv’s involvement in the assassination of Iranian scientist Mohsen Fakhrizadeh is proved.

In this editorial, political analyst Sa’dollah Zarei noted such a military strike would serve as a deterrent move against possible future terror acts.

“If Israel is proved to have had a role in the assassination of Mohsen Fakhrizadeh, and, of course, if all evidence suggests such involvement, we should deal such a blow to this regime that … it would remove from its agenda, forever, plans to attack Iranian troops or centres in any place,” he said.

“We have already announced, time and again, that if Israel makes a mistake, we will strike Haifa,” he noted.

“Now, supposing that the Israeli regime’s role in the assassination is proved, we can carry out this threat, but not at a level similar to our missile attack on the American Ain al-Assad base in Iraq [in retaliation for assassination of General Qassem Soleimani in January]; … rather, the attack on the key port city of Haifa should be such that heavy human losses are also inflicted in addition to the destruction of facilities, so that our deterrence will reach ‘a point of certainty’,” he noted.

Zarei argued that the huge damage caused to Iran with the assassination of Fakhrizadeh shows the Ain al-Assad retaliation was just a slap in the enemy’s face, and while Iranian officials repeatedly vowed a revenge, they didn’t take any further action, emboldening Israel to do this.

“If Iran’s reaction is done vigilantly and precisely, it will definitely result in deterrence because the US and the Israeli regime and their agents are, by no means, prepared to take part in a war and military confrontation, this will, in the true sense of the word, put an end to war and terror in our region,” he said.