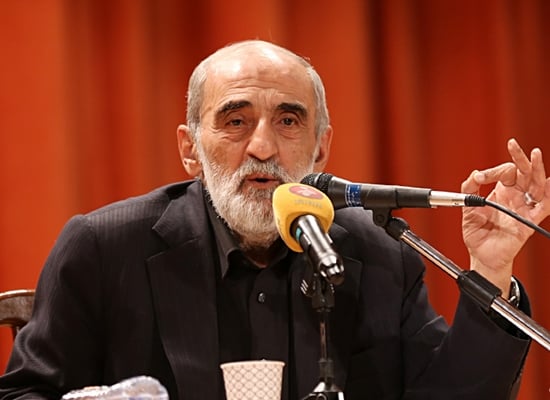 A prominent conservative journalist says Iran should not be deceived by Europe’s promises regarding the nuclear deal and must get out of the multilateral deal’s “handcuffs”, a term used by the UK to describe the JCPOA.

Hossein Shariatmadari, the editor-in-chief of the conservative newspaper Kayhan, says the recent “deceitful statement” by the UK, France and Germany shows the three European powers have undertaken to play the “destructive” role of the US.

In an editorial published in Kayhan on Thursday, Shariatmadari said the statement shows Europeans are not only trying to compensate for US withdrawal from the deal, but they ask Iran to offer more concessions.

The statement calls on Iran to give in to demands made by US President Donald Trump to fix the so-called flaws of the nuclear deal.

Trump had threatened to get out of the deal unless the flaws are fixed, and he carried out his threat Tuesday, when he pulled the US out of the pact.

Shariatmadari said Europe is seemingly after continuing the “disastrous trend” the US created, as it calls on Iran to remain faithful to the pact and accept the US demands, while Washington has stopped honouring its obligations.

The statement by the three leaders says, “We encourage Iran to show restraint in response to the decision by the US; Iran must continue to meet its own obligations under the deal, cooperating fully and in a timely manner with the IAEA inspection requirements.”

The EU leaders say Iran must keep mum in the face of US bullying, as if they are ordering their puppet regime what to do, Shariatmadari said.

“We call on the US to do everything possible to preserve the gains for nuclear non-proliferation brought about by the JCPOA, by allowing for a continued enforcement of its main elements.”

He says the European powers believe the US should work to prevent Iran’s nuclear activities from returning to its pre-JCPOA situation, while it is no longer committed to the deal.

In other words, Europeans say the US who has abandoned its end of the bargain can reap benefits under the deal, he noted.

“But what concessions will they offer to Iran in return for keeping restrictions on its nuclear work?”

In the final lines of the statement, it says, “While taking the JCPOA as a base, we also agree that other major issues of concern need to be addressed.”

The statement reads, “Because our commitment to the security of our allies and partners in the region is unwavering, we must also address in a meaningful way shared concerns about Iran’s ballistic missile program and its destabilising regional activities, especially in Syria, Iraq and Yemen.”

It also says, “A long-term framework for Iran’s nuclear program after some of the provisions of the JCPOA expire, after 2025, will have to be defined.”

Shariatmadari says these three demands, which targeted the sovereignty and existence of the Islamic Republic, are exactly what Trump had put forward.

“These demands were aimed at weakening Iran’s defensive power in a way that countries like Saudi Arabia or even brutal terrorists like ISIS could defeat Iran.”

As the Leader of Islamic Revolution Ayatollah Seyyed Ali Khamenei said on Wednesday, Iran needs firm assurances from the European countries to keep abiding by the pact. Without such assurances, Iran has no option but to get out of the deal, he added.

“Considering the E3 statement, the US has lost nothing by walking out of the deal. Washington needs no longer to keep Iran sanctions frozen, and its demands are being pursued by the European countries,” Shariatmadari noted.

“But why are the US and Europe still hopeful that Iran could agree to their demands? The answer could lie in unmeasured remarks by some Iranian officials that Iran will stay in JCPOA even if the US walks out of it.”

However, he added, JCPOA was a loss to Iran and without a doubt Trump has made a big favour to Iran by walking out of the pact.

“The British Foreign Secretary Boris Johnson has described JCPOA as handcuffs on Iran and has warned the West not to remove the handcuff. It is hoped that Iran will not be deceived by European countries and stay in the pact. We should not keep the handcuffs on us.”