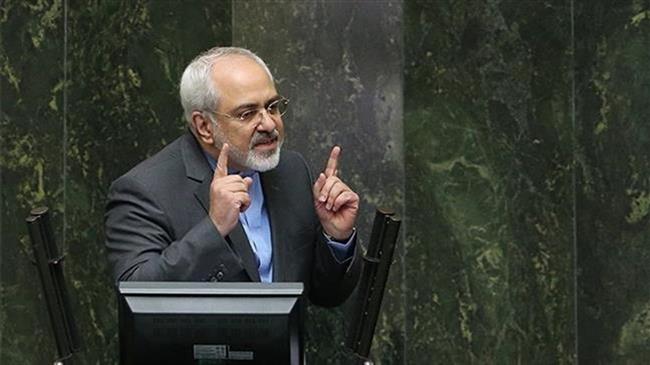 Iranian lawmakers have unanimously supported the Iranian foreign minister’s remarks on the performance of the country's negotiating team in nuclear talks with P5+1.

On Tuesday, Iranian Foreign Minister Mohammad Javad Zarif showed up in an open session of parliament to answer questions by lawmakers about the process of nuclear talks.

After Zarif’s explanations, the first deputy speaker of parliament, Mohammad Reza Bahonar, asked lawmakers to vote Aye or Nay for his explanations.

Out of 229 legislators present, as many as 125 MPs endorsed Zarif’s remarks while 86 were naysayers. The rest abstained.

A lawmaker from the northeastern city of Mashhad, Javad Karimi Ghoddousi, posed questions to Zarif on behalf of other legislators.

Nuclear negotiators from Iran and P5+1- the United States, France, Britain, Russia, China and Germany – wrapped up their latest round of talks on Tehran’s nuclear program in the Swiss city of Geneva on December 17, 2014.