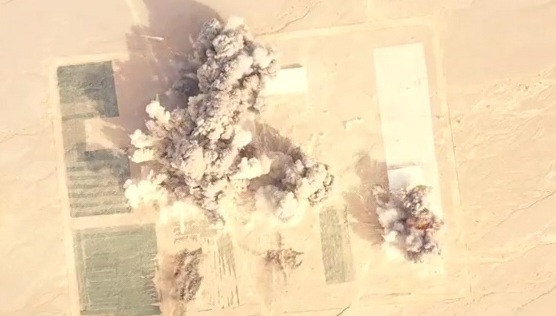 Iran’s missile drills that ended on Friday simulated an attack on the Zionist regime’s nuclear facilities known as Dimona.

The war games conducted this week by the Islamic Revolution Guards Corps in the Persian Gulf were intended to send a warning to Israel, the country’s top military commanders said on Friday, amid concerns over possible Israeli plans to target Iranian nuclear sites.

That’s according to Iran’s Tasnim News Agency.  Meanwhile, images aired by Iran’s national TV showed missiles leveling a building similar to Dimona at the end of the exercises on Friday.

One stage of the drills featured the firing of 16 ballistic missiles at hypothetical enemy targets.

IRGC Commander in Chief Major General Hossein Salami said after the exercises that Iran will cut off the hands of enemies if they make a wrong move and that the distance between actual operations and military exercises is only a change in the angle of launching the missiles.