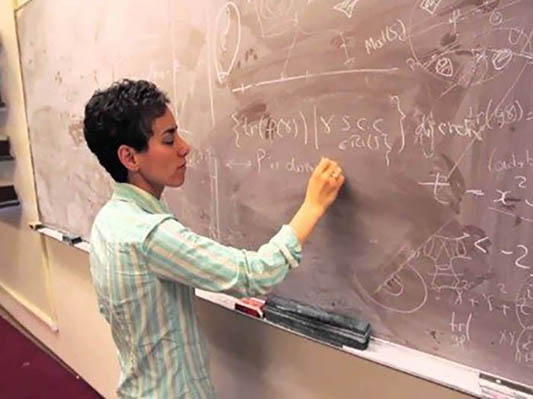 Maryam Mirzakhani, the internationally-renowned Iranian mathematician and the first female winner of Fields Medal, has died of cancer according to one of her relatives.

Mirzakhani had been hospitalized in the US for deteriorating health conditions caused by cancer recurrence, but she succumbed to the disease on Saturday, one of her relatives told the Mehr News Agency.

Her medical tests showed that cancer had spread to her bone marrow a few weeks ago.

Maryam’s parents travelled to the US on Monday to join their daughter and her family and take care of them.

Mirzakhani had been diagnosed with breast cancer four years ago, a year before she set the record of the first ever woman to win the prestigious Fields Medal, also known as the Nobel Prize of mathematics.

The medical team had put the genius mathematician under intensive care to treat her third recurrence of cancer.

In reaction to her death, Iranian space scientist Firouz Naderi said in his Instagram page, “A light was turned off today. It breaks my heart… Gone far too soon.”

With past honorees, including renowned physicist Albert Einstein, and inventors Thomas Edison, and Alexander Graham Bell, being a member of the organization is considered to be as one of the highest achievements for scientists in the United States, according to Press TV.

But the most important of all her awards was the 2014 Fields Medal that she won in recognition of her contributions to the understanding of the symmetry of curved surfaces. This medal, commonly viewed as the highest honor a mathematician can receive, is given every four years to mathematicians under the age of 40, by the International Congress of the International Mathematical Union (IMU).

Mirzakhani’s research interests mainly included Teichmüller theory and ergodic theory. About her mathematical approach to developing new proofs, she had said “it is like being lost in a jungle and trying to use all the knowledge that you can gather to come up with some new tricks, and with some luck you might find a way out.”

Mirzakhani was married to Jan Vondrák, a Czech theoretical computer scientist who works at IBM Almaden Research Center. They have a daughter named Anahita.