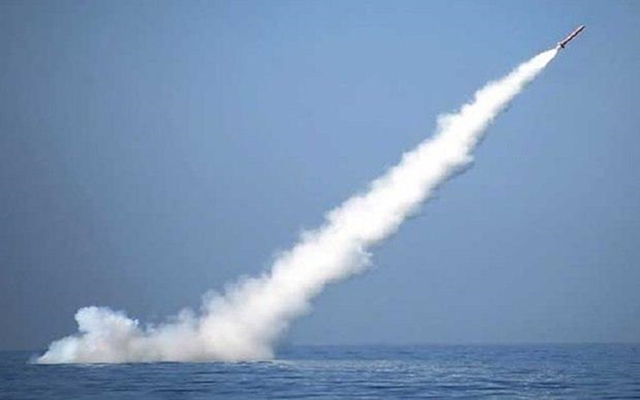 Commander of Iranian Army Navy says the country launched an underwater missile for the first time last year and today it is mass-producing the technology.

Rear Admiral Hossein Khanzadi said on Sunday that Iran today has achieved the technology to launch missiles from under the sea and all its equipment, including the missile, its capsule, and the submarine are completely made by Iranian experts.

The sea is one of the great capacities that the country has, as it is the cheapest way to transport goods, he added.

The Iranian commander also added that Iran has joint marine borders with 12 neighbouring countries, which means that, Iran shares maritime border with almost 80 percent of its neighbours.

“The sea is the largest source of raw materials and food. A 400,000-tonne ship is equivalent to 20,000 twenty-tonne trucks, which shows that it is impossible to transport oil supplies by road. The Navy commander said that out of nine strategic crossings at sea from which the goods must pass, two crossings are in our country.

He further pointed out that [most of] the world’s energy reserves are located in the Persian Gulf as the region is home to over 60 percent of oil and 45 percent of the world’s natural gas.

Khanzadi stressed that today Iran has the largest fleet after Russia in the Caspian Sea, adding that the Islamic Republic has the largest logistics fleet in the Middle East that with one time of fuelling can travel around the globe once.

“Delegations from Chinese and Russian naval forces are here in Iran today and joint military drills are to be carried out in the near future to show the power of the Islamic Republic,” he underscored.