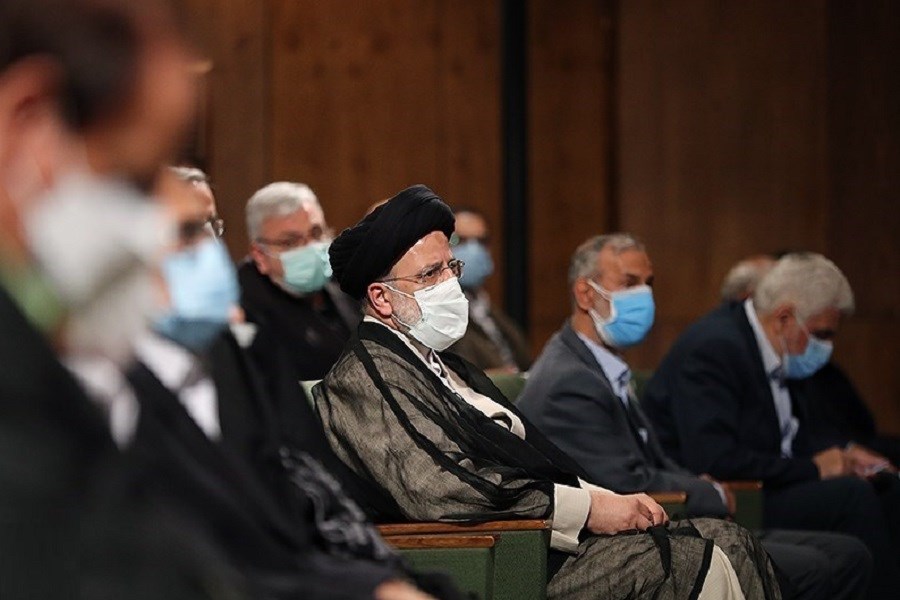 Iran is marking the National University Student’s Day in a ceremony with the presence of President Seyyed Ebrahim Raisi.

This year’s ceremonies are being held under the motto of “forthright, transparent, university-student like”.

During the ceremonies at Tehran-based Sharif University of Technology, the minister of science, research and technology and minister of health were also accompanying President Raisi.

The president visited an exhibition on the achievements of the Center for Research and Knowledge-Based Companies of Sharif University of Technology. The exhibition is set up with the motto of “Propellant for Innovation, Expression of Self-Esteem”.

The president was briefed on the latest achievements of the professors and students of Sharif University of Technology in the fields of aerospace, car industry, telecommunications, water and energy, solar power plants, environment, agriculture, electronics, medicine and medical equipment.

University students also offered their viewpoints and proposals to the president, who reiterated the government’s support for technological activities.

During the ceremony, President Raisi emphasized the importance of preserving and attracting academic elites, describing university top students and technologists as the country’s assets.

He said Sharif University of Technology should spearhead efforts to preserve the elites, adding that this university is an important center for attracting top students in Iran.

Pointing out that today change is necessary in all areas, Raisi said “Changing the current situation to the desired status should be based on science and innovation.”

“With science and technology, we can create change in different fields of industry and agriculture and stop selling raw materials, and this is possible, just as we have made significant progress in the industries that were subject to the most restrictions and sanctions,” the Iranian president added.

The president noted that Iran is facing problems including drought and universities can undoubtedly play an important role in resolving these problems.

Raisi also stressed that government bodies and companies do not have the right to use foreign products when domestically manufactured quality goods are available to them.

In this meeting, a number of professors of Sharif University of Technology expressed their views on the government’s support for research and academic activities and the relationship between the government and universities.

The National University Student’s Day is marked every year in Iran on November 7 to commemorate three students, who were killed by forces of the previous Pahlavi regime during protests against an official visit by then US Vice President Richard Nixon.

The visit took place in 1972, nearly 18 years after the US intervened in Iran to reinstate the Pahlavi regime in the hugely controversial coup of 1953.