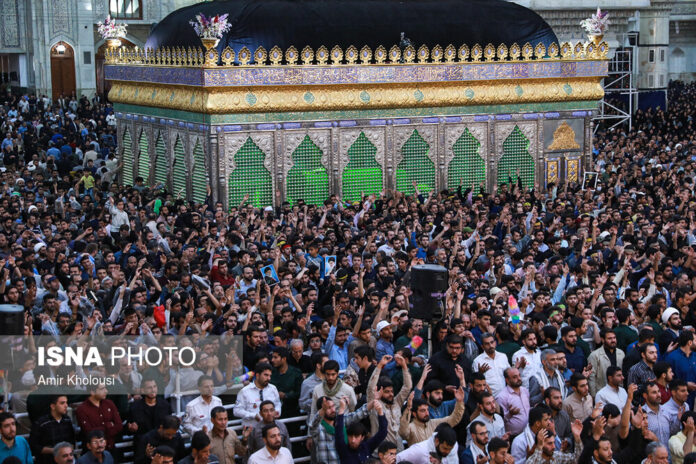 Millions of Iranians paid tribute to the architect of the Islamic Revolution Imam Khomeini on Tuesday on the 30th anniversary of his passing.

Senior Iranian officials along with foreign guests and ambassadors were also in attendance. Some 50 foreign media correspondents and 300 Iranian reporters were in charge of covering the event.

Countrywide events also commemorated the legacy of the man who founded the Islamic Republic of Iran.

Earlier in the day, a group of Zoroastrians held a vigil for Imam Khomeini, which was also attended by the representative of the Zoroastrian community in Iran’s parliament Esfandiar Ekhtiari.

Addressing the event, Rashid Khorshidian, head of the Council of Iranian Mobeds (Zoroastrian priests), said Imam always viewed all Iranians as members of a single nation and encouraged solidarity among all ethnic groups.

“Muslims, Zoroastrians, Jews and all Iranians of any ethnic, religious or cultural background are rooted in the country’s soil and make efforts for their country’s prosperity and progress,” said the Zoroastrian priest.

Iranian Jewish communities also marked the occasion by holding separate commemoration ceremonies at a synagogue in Tehran on Saturday as well as Monday evening.

Rabbi Younes Hamami said during the event that Iranian Jews are “indebted” to Imam Khomeini because he “separated Zionism from Judaism” and helped Jews and other Iranian religious minorities live a peaceful life today.

Ayatollah Khomeini spent most of his life fighting the US-backed Pahlavi regime and paved the way for Mohammad Reza Shah’s downfall 1979.

He also led Iran through eight years of war imposed by former Iraqi dictator Saddam Hussein between 1980 and 1988.

Ayatollah Khamenei was elected as Imam Khomeini’s successor in a historic vote by the democratically-elected Assembly of Experts on June 4 the same year.