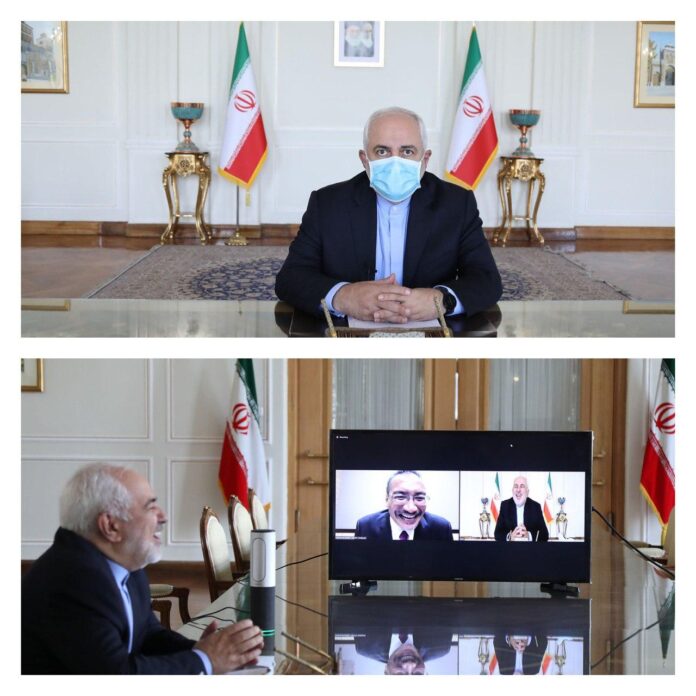 The Foreign Ministers of Iran and Malaysia have discussed a whole range of issues, including bilateral, regional and international questions as well as issues facing the Muslim world.

In a meeting held via videoconference on Wednesday, Iranian Foreign Minister Mohammad Javad Zarif and his Malaysian opposite number Hishammuddin Hussein highlighted the need to utilize the barter trade mechanism to advance the interests of both nations.

The two top diplomats agreed to hold a meeting of the joint commission as well.
Given the status of Malaysia as an active member of the Organization of Islamic Cooperation (OIC), Zarif urged his counterpart to play a role in settling the Yemen crisis through political means.

Zarif also expressed Tehran’s support for any initiative by Kuala Lumpur to establish peace and put an end to the Yemen crisis.

He said Iran will actively contribute to efforts aimed at helping peace take hold in the Arab country.

The Malaysian foreign minister, in turn, highlighted his country’s unchangeable stance on the issues of Palestine and pinpointed the status of Palestine in Malaysian people’s hearts.