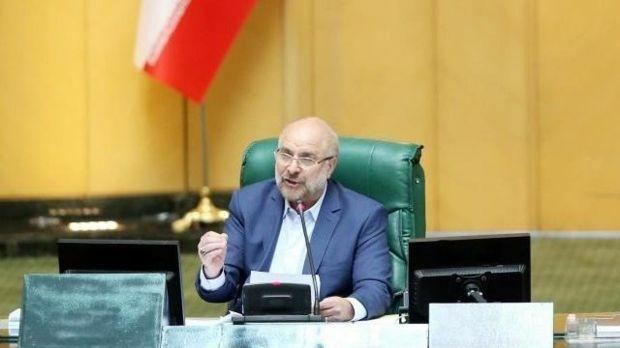 “The Islamic Establishment [of Iran], getting stronger day by day at strategic levels, has been moving along, and now, as an important regional power, has turned into an influential player in the international arena,” he said on Sunday.

He said Iran’s newly-formed parliament deems any negotiations with the United States as harmful, and the new parliament’s agenda is to complete Iran’s revenge for the US assassination of General Qassem Soleimani.

“Our strategy in confronting the terrorist America is to complete the chain of revenge for the blood of Martyr Soleimani,” Qalibaf added.

The top parliamentarian underlined that Iran has stood up to the enemy’s all-out campaign at military, political, economic, security and cultural fronts.

“The volume and intensity of hegemonic powers’ enmity [toward Iran] with all their powerful media, economic, political and intelligence tools bear testimony to the fact that the Islamic Revolution [of Iran] has, as a role model, turned into the most important rival for global hegemony,” he said.

“It is also an opportunity which has turned Iran into a symbol of resistance against oppressors, and given Iran’s increasing deterrence power, no enemy dares encroach upon this land,” he added.