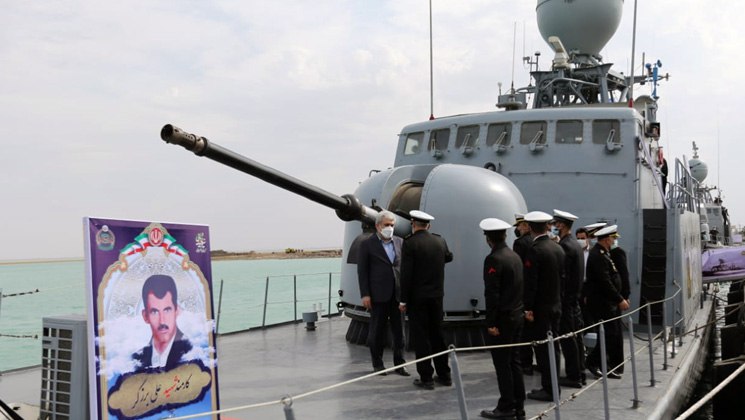 Two missile-launching corvettes have been delivered to the Iranian Navy, further boosting the Islamic Republic’s military might at sea.

The corvettes are dubbed Gorz (mace) and Khanjar (dagger). The homegrown vessels officially joined the Iranian Navy at a ceremony in the southern port city of Bushehr on Tuesday.
Iranian Navy Commander Rear Admiral Shahram Irani attended the ceremony.
Gorz and Khanjar are each 50 meters long and weigh 300 tons. They are equipped with advanced radar-controlled missiles, anti-surface and air defense guns, modern radars, sea-to-sea missiles, and radar jamming systems that enable them to operate in oceans.
In another ceremony, attended by the Iranian vice president for science and technology, the first Iranian marine engine was unveiled.
The engine is named Makran. This is a 3,600 horsepower engine that can be installed on naval vessels.
The Navy ships propelled by the new engine can hit a speed of 30 knots, which is twice more than their previous speed.
Rear Admiral Irani says the diesel engine has been fully manufactured by Iranian experts. He also said Makran will drive the country’s first missile-launching warship. Iran has in the past years beefed up its naval, air and ground deterrence amid repeated threats of attack by the US and the Zionist regime.